Dance Band DB232
Blue Moon Talent, Inc.
Vancouver, WA Showband
A very versatile band, 5 Guys Named Moe has the ability to tailor their show to whatever theme your event may have and help make your party a smashing success.
Vancouver, WA
USA
info@bluemoontalent.com
828-357-5537 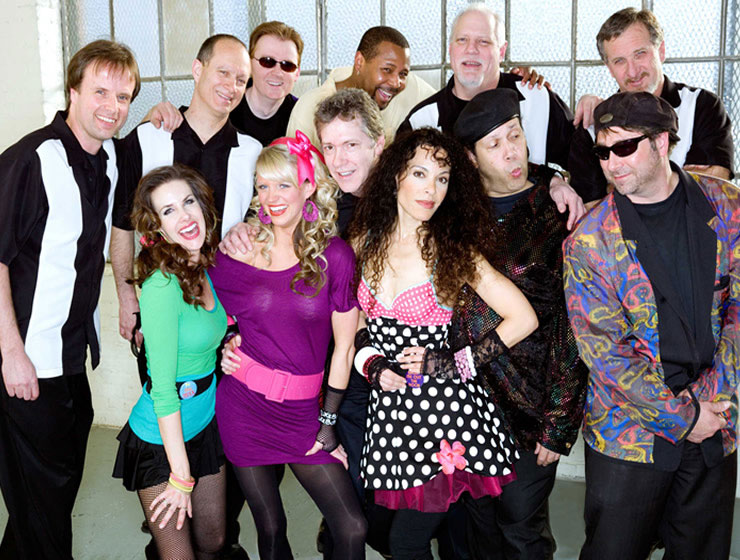 A very versatile band, 5 Guys Named Moe has the ability to tailor their show to whatever theme your event may have and help make your party a smashing success.

With lyrics like "Who's the greatest band around?" and "Who makes the cats jump up and down?" Over the last thirty years 5 Guys Named Moe has grown into a slammin' high-energy 12-piece show band that is as much fun to watch as it is to listen and dance to! 5 Guys Named Moe is patterned after the larger, visually creative bands of the 1960’s and '70s which used horn sections and back-up vocalists. Their full sound—combined with a variety of dynamic lead vocalists and their unique visual energy with choreography—sets 5 Guys Named Moe apart from other dance bands and can best be described as the “ULTIMATE Dance and Show Band”.

A very versatile band, 5 Guys Named Moe has performed for audiences for over 30 years and is your perfect entertainment package for corporate parties, conventions, class reunions, fairs, festivals, concerts and wedding receptions. Your guests will NOT be disappointed!

"The band was terrifc... ALL DAY! Wow! Three sets... filling time when we got too far ahead... keeping the crowd engaged and energized... reacting to our every need. The song selection was terrific. The band was great. It kept the hectic nature of backstage upbeat and on task. I'm glad we have you back tomorrow afternoon and evening for the very first playoff game in six years! Thank you so much"
--Craig Miller, Portland Trailblazers

"Our group has had the best time having 5 Guys Named Moe perform at our events. We've never had a better time dancing and being entertained. With all the different singers, you never know what's coming next....they are our favorite band!"
--Vikki DeGaa, Meeting & Events Coordinator - Columbia Sportswear

"Just wanted to let you know that I heard from the buyer from last weekend's wedding. He was over the top about how fabulous you were. Thanks once again for doing an absolutely excellent job. I have come to expect nothing less than excellence from your band. You're the best!"
--Becky Stroebel, Sterling Talent, Inc.

"Thank you all for an incredible evening of dancing! Everyody raved and raved and had a fabulous time. Any future event - we would love to have you again!"
--Fondly,Kim Agnew

"...you were incredible and the highlight of our party on Friday night. Thanks for allowing the "Village People" on stage and for providing the grand entrance for Elvis!"
--Tom Eisiminger, Battalion Commander, U.S. Army Recruiting Battalion

Fill out this form to get more information about 5 Guys Named Moe.