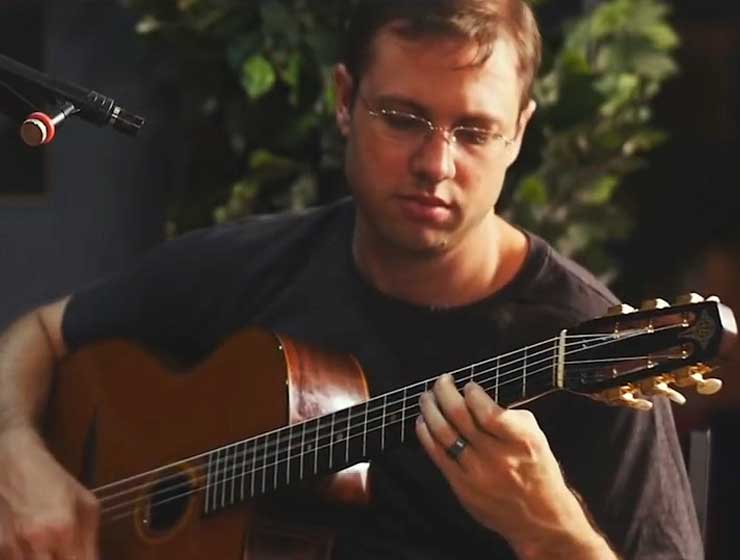 Aaron Walker is an internationally-recognized Gypsy jazz guitarist whose ensemble is perfect for corporate, private, and wedding events.

Aaron Walker is an international, world-class guitarist with many radio and TV appearances to his credit. He has been a featured performer on PBS and the Food Network television stations, at prestigious jazz festivals in the USA, and in countries such as Costa Rica, Iceland, and Germany.

The core Aaron Walker Trio was formed as a group that plays music without compromise. As a quartet, the group adds a fourth player, chosen from a pool of the highest caliber international musicians in the world. They can also add a vocalist as an option.

The group has a passion for the Gypsy style of Django Reinhardt as well as swing music, and play them in their own unique style. Aaron is also a talented composer, creating original music and recordings for live performances and film. The ensemble adds class and sophistication to any type of event including corporate gigs, weddings, receptions, private parties, banquets, cocktail parties, and more.

Fill out this form to get more information about Aaron Walker.