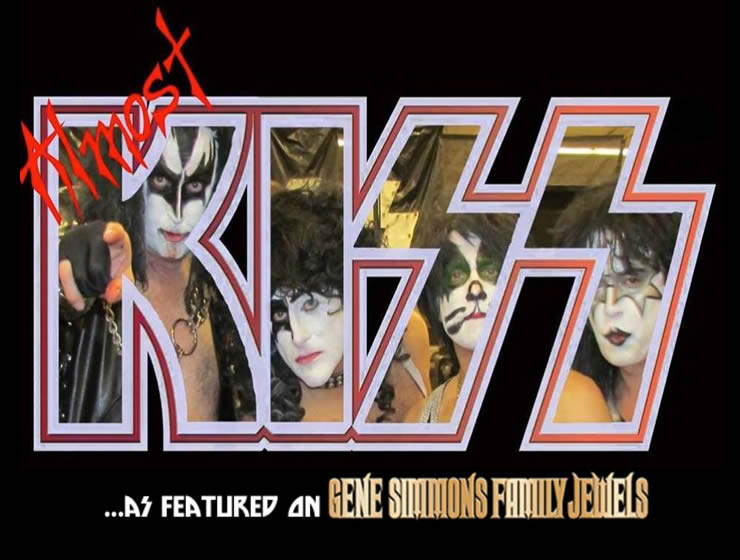 Almost KISS tribute band has continued to excite crowds all over the country, growing substantially in popularity. Almost KISS pays homage to the hottest band in the world.

One of Six Tribute Bands considered talented enough to be placed on the world famous, "Gene Simmons Family Jewels" in front of an international audience, Almost KISS caught the eye of Family Jewels' producers and executives in 2010 and were chose to be included as one of six tributes to be endorsed by Gene Simmons.  Since then, this amazing KISS tribute band has continued to excite crowds all over the country, growing substantially in popularity.

All the Kiss Favorites!

Fill out this form to get more information about Almost KISS.