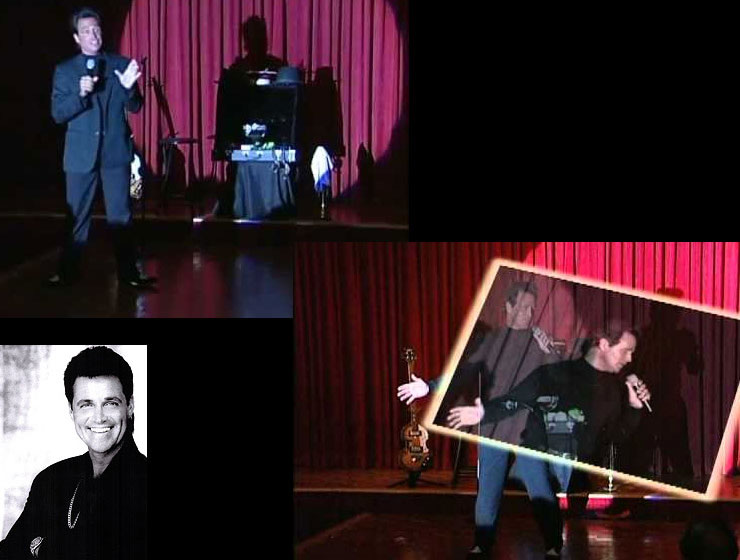 Andy Corridori has been wowing his audience with singing impressions that span from Michael Jackson to Frank Sinatra, from Forrest Gump to Dean Martin and Jerry Lewis, just to name a few.

Crooner Andy Corridori has been "wowing" his audience with singing impressions that span from Michael Jackson to Frank Sinatra, from Forrest Gump to Dean Martin and Jerry Lewis, Nat "King" Cole and Natalie Cole, just to name a few. His tribute to Las Vegas "Entertainer of the year" Danny Gans, includes dead on impressions and is a fast paced, high energy show. From night club performances to sold out conventions, Andy has done it all.

Andy Corridori has performed in conventions all over the country, from Las Vegas to Atlantic City to New York to Reno, LA, Lake Tahoe and every were in between. He has performed for standing room only crowds in countless super clubs and theaters through out the United States. He was the M.C. and entertainment for the annual "Andy Roddick Tennis Classic" dinner dance in Boca Raton FL.

Andy Corridori has toured with the Dupree's, Audrey Landers Susan Anton, and Pat Cooper. He was the Host of the Golden-Gloves award dinner for Mohammed Ali. He even found the time to sing the National Anthem for his favorite football team the Miami Dolphins at Joe Robbie Stadium. He's done numerous voice over's for movies, radio and T.V. commercials all over the world. Andy Corridori is "The Man of Many Voices".

Fill out this form to get more information about Andy Corridori.