Blue Moon Talent, Inc.
Magician & Illusionist
Arthur Trace is the eighth magician in the history of magic to be awarded The International Brotherhood of Magicians Gold Medal and is highly acclaimed by his peers.
Sherman Oaks, CA
USA
info@bluemoontalent.com
828-357-5537 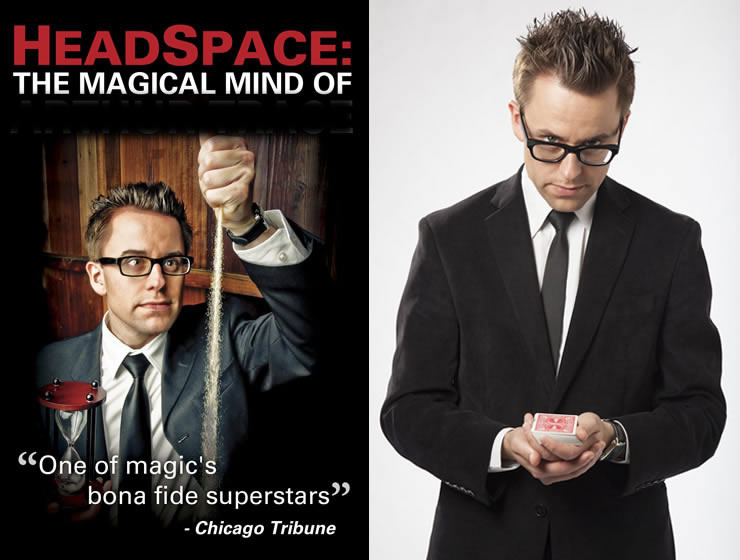 Arthur Trace is the eighth magician in the history of magic to be awarded The International Brotherhood of Magicians Gold Medal and is highly acclaimed by his peers.

Arthur Trace is based in Los Angeles, but performs worldwide. His shows offer an original and strong magic experience that astonish and entertain the mind, senses, and funny bone. During a performance unusual props, imaginative scenarios, and masterful sleight of hand are thoughtfully combined to evoke wonder.

Whether you’re looking for a highly interactive and fun magical experience for you corporate event, or a world-class show for your venue, Arthur Trace can deliver. From custom presentations created with your company in mind to theater shows that are suitable for young and old alike, Arthur Trace can weave a spell that will captivate your audience.

Highly acclaimed by his peers as "one of the most unique acts in the world of magic today," Arthur Trace is the eighth magician in the history of magic to be awarded The International Brotherhood of Magicians Gold Medal.

When not performing abroad, Arthur Trace can be found performing at Hollywood's world-famous Magic Castle. Watch Arthur Trace perform and find out why the Chicago Tribune called him "one of magic's bona fide superstars!"

“Without a doubt one of the finest turns in all of magic.”
--Dustin Stinett, MAGIC Magazine

“One of the most creative and original magic shows I have ever seen! Out of everyone that performed at our event, Arthur Trace was the most popular and memorable. I still get calls asking about him.”
--Michael Fritzen, Head of Family Programs, Skirball Cultural Center

“An artist in every sense of the word!”
--Lance Burton, Master Magician

“Our executives and I were delighted and amazed with your talent….”
--PrimeSource Inc.

“Arthur Trace is more than a magician – he’s a magical artist. His talent is enormous as is his versatility. He held our audience spellbound for his entire show.”
--Dr. Ron Hulnick, President, University of Santa Monica

“You are one of the most unique acts in the world of magic today!”
--Society of American Magicians

“Each year we try to improve upon the year before. I think we did that this year with the addition of your performance to our program. I thought the show was top-notch and I am still trying to figure out ‘how did he do that?’”
--California Water Environment Association

“Original, ingenious, and refreshing… Arthur Trace is one of the most creative magicians I’ve seen in decades!”
--Richard Kaufman, Editor, Genii Magazine

Fill out this form to get more information about Arthur Trace.