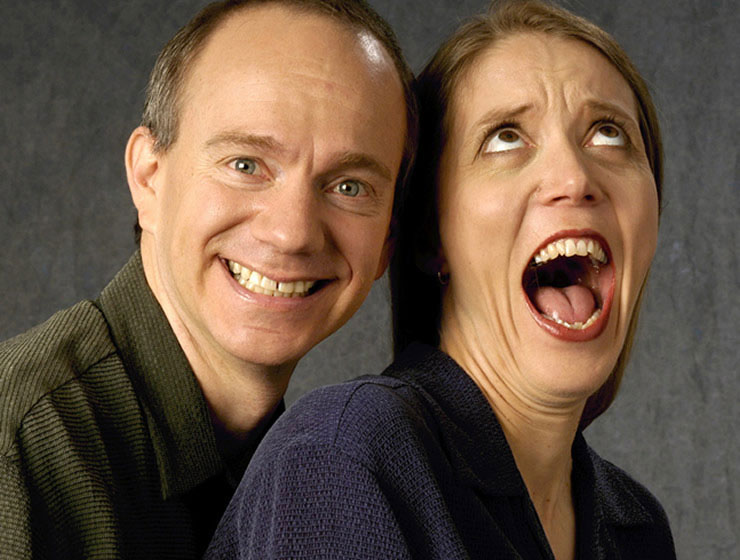 Comedy Industries is constantly in demand for after dinner shows and awards ceremonies, with a highly visual show that can be performed in multiple languages

Scott Meltzer and Katrine Spang-Hanssen specialize in custom scripted presentations for trade shows, sales meetings, and training sessions. By combining their client's marketing and technology messaging with jokes, juggling tricks, and lots of audience participation, they've proven over and over again that people learn more when they laugh!

Comedy Industries is constantly in demand for after dinner shows and awards ceremonies, with a highly visual show that can be performed in multiple languages. They've headlined comedy clubs, emceed game-shows, and performed at more fairs and festivals than the world's smallest horse and the world's largest pig combined. Comedy Industries will take your company's marketing and technology messages; add our unique blend of comedy, juggling, magic, and audience participation; and create a presentation that will make sure everyone laughs, learns, and remembers your messages.

Comedy Industries will learn your products and your technology to make sure they're not just repeating your messaging, they will communicate it authentically and convincingly. Best of all? They'll get the largest crowds on the trade show floor to come to your booth and see it!

Fill out this form to get more information about Comedy Industries.