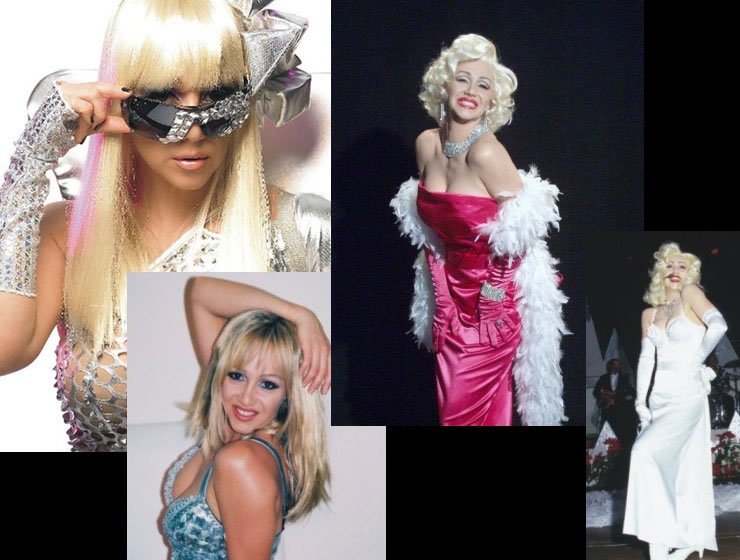 After moving to Las Vegas to go to school to eventually become a doctor, Coty Alexander met the producers of American Superstars and was lead in another direction and was shortly transformed into the Madonna character for their highly acclaimed show at the Stratosphere Tower. The producers knew impersonating Madonna would be second nature for Coty Alexander with her fiery dancing and sexy stage presence. This impersonator of female pop stars has the look and the voice. It's has been said that She gives the material girl a makeover with an amazing voice that proves her talent as a singer on her own.

Coty Alexander's reputation of an "immaculate" portrayal has been distinguished by programs like Good Morning America, E! Entertainment, MTV, the Travel Channel, Discovery, and Rolling Stone, the Los Angeles and New York Times and the San Francisco Chronicle. Coty Alexander takes pride in her portrayal, but respects that the reputation she is representing is Madonna's; but also desires, and will no doubt conquer a career of her own. Coty Alexander believes only in giving her all to her work as an artist and expressing all of ones talents to the fullest.

Fill out this form to get more information about Coty Alexander.