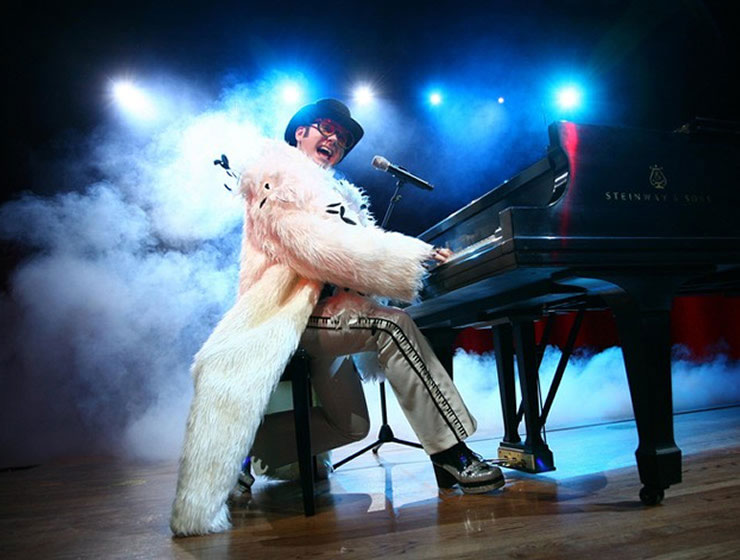 This Elton Johns tribute by Craig Meyer comes complete with a fully produced show that has captivated audiences. It's a celebration of the character, costumes and charisma of Elton John.

Transport your event to the days of big hair, outrageous clothes and cheap gasoline! With live vocals by Craig Meyer that capture the true sound of Elton John and spot on keyboards, you will feel like you're almost at an Elton John Concert! This raucous Elton John tribute concert includes audience participation and much, much more! Today, Craig Meyer is considered to be the best Elton John tribute in the market today whose strong vocals, striking resemblance and amazing talent on the piano has audiences everywhere remembering when rock was young.

This spectacular musical journey celebrates the decades of chart topping hits by Sir Elton John, including: Benny and the Jets, Philadelphia Freedom, Crocodile Rock, Goodbye Yellow Brick Road and Candle in the Wind. A celebration of the character, costumes and charisma of the famed pianist and singer, This Craig Meyer's Elton John's tribute's fully produced show has captivated audiences throughout the United States and abroad.

“Craig Meyer is one of the most talented people I have ever worked with. He can do ANYTHING!”
--Barry Manilow

Fill out this form to get more information about Craig Meyer.