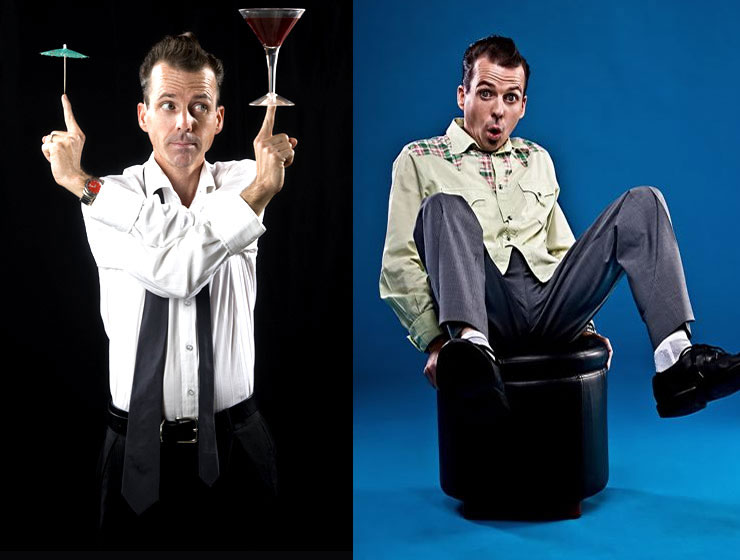 UNNATURAL ACT by David Deeble is a whirlwind display of the hilarious and bizarre juggling kills he acquired en route to becoming the world's most-original comedy juggler.

A comedian, writer, magician, juggler and emcee all wrapped into one, David Deeble is the mouthwatering burrito of the corporate entertainment world.

David Deeble the stand-up comedian doesn't just perform a monologue for audiences, he establishes a dialogue with them. Developing an immediate rapport  with a seamless blend of easygoing charm and contagious goofiness, David Deeble makes people laugh about virtually everything under the sun. Whether it's life's little annoyances (airport security, pop-up windows, New York City) or the roller coaster that is family life, three currents run through it all: his natural likability, command of the audience and laugh-out-loud material.

David Deeble the writer is an unabashed comedic hired gun. The CEO of your company or corporation the world's worst golfer? David Deeble makes this hilarious. Your industry is going through a rough patch? David Deeble finds the humor in it. Married to the same person for 50 years? Well, there's only so much he can do. David Deeble's "Unnatural Act" gets people talking by getting them laughing - and it can be about virtually anything. David Deeble is the world's worst magician - and audiences like it that way.

David Deeble knew from an early age that he would never be theworld's greatest juggler, so he set his goal even higher: to become the funniest. Throwing cherries onto toothpicks and tradition out the window, David Deeble's entertaining and sometimes-bizarre skills are always accompanied by his wry commentary and self-deprecating humor. David Deeble's hilarious asides, natural stage presence and "make-others-look-good" philosophy make him a popular corporate-event host or emcee.

Fill out this form to get more information about David Deeble.