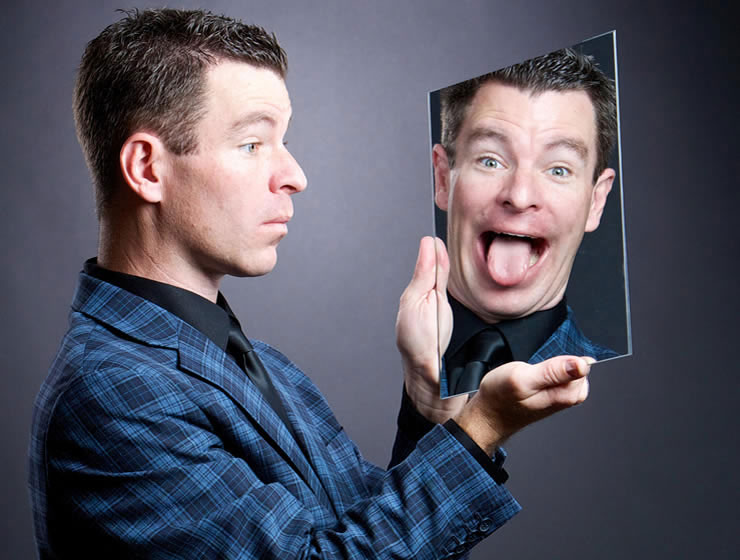 Eric Buss, this stand-up comedian & magician has entertained and amazed audiences worldwide. His innovative and high energy brand of comedy has earned him some of the industry's top awards.

Eric Buss is a stand-up comedian who has entertained and amazed audiences worldwide. His innovative and high energy brand of comedy has earned him some of the industry's top awards, as well as a reputation as one of the funniest acts working today. He is not a comedian telling jokes about airline food. This very talented comedian is an imaginative performer with a knack for "funny." Eric Buss. invites the audience into his world where his hysterical antics are brought to life. From corporate events, to trade shows, to casinos and festivals, his quick, high energy comedy routine is sure to get the audience going every time! Imagine your corporate logo being the finale of the show. Company messages and products can be intertwined into his hilarious routines.

The CEO can also be the star of the show! As a bonus, Eric Buss. controls all of his own music cues via a remote control from the stage. There is no need for a technical rehearsal. In fact, he recommends that the sound technician take a coffee break. This helps create a stress free entertainment package. His goal is to make you look great! Oh, and he's absolutely hilarious!

When Eric Buss. begins his act, the show takes a leap into an entertaining kind of absurdity.” --Reno Gazette-Journal

“Eric Buss is fast and quirky, and carries on such insanity. He creates many inventive twists!” --Sacramento Bee

“Eric Buss.’s talent, professionalism and natural rapport with the audience made him shine above the rest.” --Paul Reder, Producer, “Fusion 2″

“You were a huge success at our breakfast meeting. It was early and you quickly woke everyone up with your energetic style of comedy and magic.”--Chau Le, Northwestern Mutual Strategic Group

Fill out this form to get more information about Eric Buss.