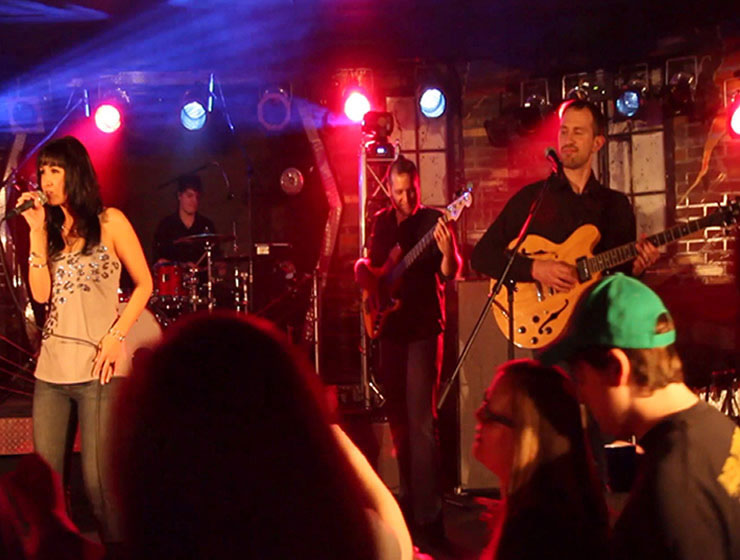 Just for your own general information: we are one of the top wedding/corporate variety bands on the East Coast, booking 50-60 events/yr. Affordably-priced to fit any budget, we range in size from 5-6 pces. to 10-12 pces. with many other options in-between. We also offer a Motown Revue, plus James Brown and Aretha Franklin tribute acts. Finally, although most of our shows are in DC, MD, VA, we often perform in NY, NJ, PA, CT, NC, SC. And we've even traveled to FL, IA, IL, MT, and UT, among others.
As for 10/15, we are definitely available. And pricing for their event at Elsing Green would be $500/musician. So for six pieces, with male and female front singers (+ four piece rhythm section), that's a total of $3,000. Dropping one singer for a total of five would be $2,500. And adding between one and four horns, for a full brass section would range anywhere from $3,500 for seven pieces, $4,000 for eight, $4,500 for nine or $5,000 for ten. After that, we have our back-up singers available at $5,500 for eleven or $6,000 for twelve.
Our band is self-contained, so the above rates include travel, lodging, backline and sound. Our only add-on would be stage lighting @ $400. And typically, we only use tech/hospitality riders for those events requiring airline flights. Rest-assured though, we tremendously value and respect the band-agency relationship, so pricing is always kept strictly confidential, agency business cards and referrals for future events are always provided, etc.

Fever Dance Band offers package options for add-on services, such as lighting, DJing and additional musicians. Whatever the event, Fever Dance Band’s talent and versatility can guarantee an amazing soundtrack for the perfect event!

“Fever performed at our wedding and they made it a night to remember. We had a blast and our guests couldn’t stop talking about how much fun they were having on the dance floor. A direct quote from one guest was “I didn’t take one picture because I never left the dance floor, the band was amazing”. They also played the music during the cocktail hour and it was the perfect amount of background music for the setting. Rickie was the best to deal with and was very accommodating with all our requests. Friends have told me their wedding band took none of their input but Rickie worked with us and our requests. They read the room perfectly and played accordingly. Everything was fantastic, book this band and it will make your wedding/event perfect.”
--Dan W, Newport, RI – Wedding Reception

"Hired Fever Dance Band for our open house event (Finke Equipment) and when they arrived they hit the ground running. The band played all the top artist and more. The sound was amazing and the performance was amazing. They kept the crowd rocking and active all four hours, they were so good we booked them an additional hour. They rock!"
-- Steven M, Finke Equipment, Corporate Event in Selkirk, NY

Fill out this form to get more information about Fever Dance Band.