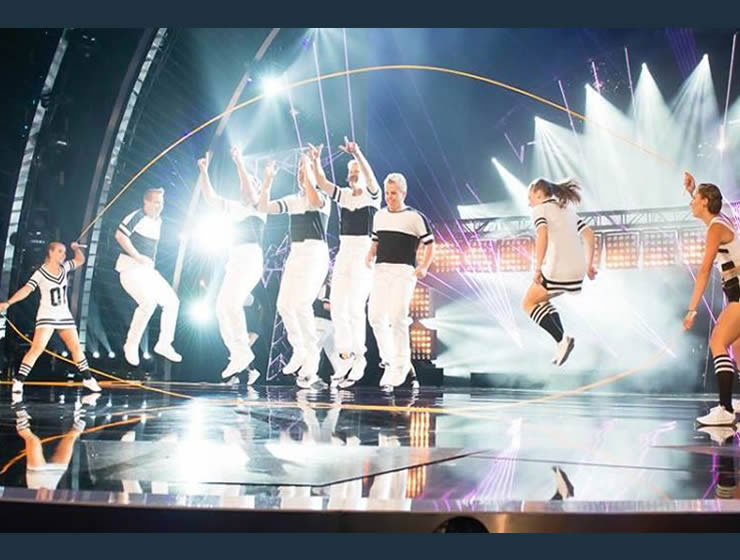 Flight Crew is a jump rope team that is a high-energy show which combines amazing physical stunts and acrobatics with the precision and intensity of world-class rope skipping.

Flight Crew is a high-energy jump rope act that combines amazing physical stunts and acrobatics with the precision and intensity of world-class rope skipping. You won’t believe your eyes as these Flight Crew jump rope performers jump, dive, flip, and leap their way through intricate rope routines all set to an up-beat musical track.

Whether you are watching for their physical skills, or for their musical rhythm and dancing, Flight Crew jump rope group will be an act you will want to watch over and over again. Members of Flight Crew Jump Rope have appeared on or with: • “America’s Got Talent” Season 6 (Semi-finalist) • “America’s Best Dance Crew” Season 5 (top 5) • The Ellen DeGeneres Show • The Rachael Ray Show • Disney’s “Shake It Up” • Documentary “JUMP!” • Commercial for “Adez” energy drink (Europe) • Disney’s “Jump In” • Disaster Movie • 2009 Macy’s Thanksgiving Day Parade • Regularly performs with Cirque Dreams • Has performed with other groups such as Cirque du Soleil and Cirque le Masque • USA Jump Rope sanctioned tournaments, camps, and events • Corporate events for Xerox, Isagenix, and others

Fill out this form to get more information about Flight Crew.