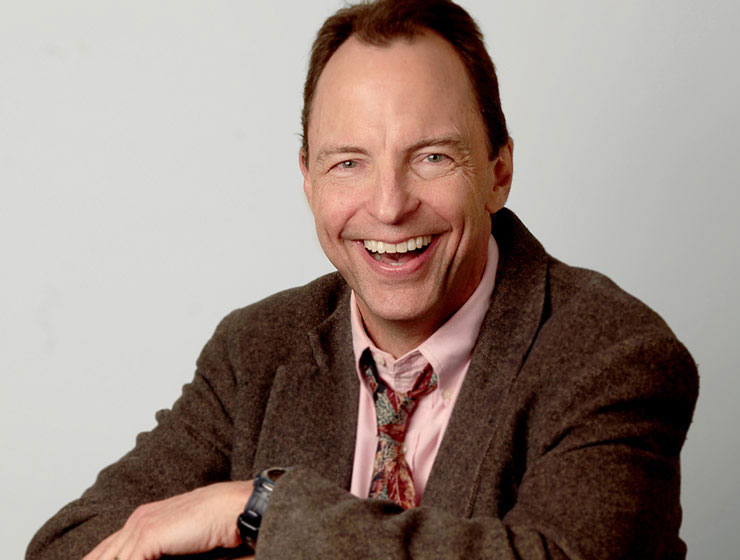 Comedian Frank King has been Featured on CNN's Business Unusual, and is a writer for Jay Leno for the last two decades.

Featured on CNN's Business Unusual, and a writer for Jay Leno for the last two decades, Frank King has been entertaining (and on occasion, educating) convention attendees on the corporate comedy speaking circuit since 1985. F.K. was a quarter-finalist on Star Search.... he lost to a puppet. He's also appeared on An Evening at the Improv, Showtime's Comedy Club Network, and starred in an episode of Bananas on PAX TV. In addition to telling jokes he's been busy selling jokes. He's written for Jay Leno, Joan Rivers, and Dennis Miller. Frank King has opened up for Jerry Seinfeld, Adam Sandler, Jeff Foxworthy, and Ron White, and most recently was himself opened up, by a crack team of cardiac surgeons, at the Oregon Heart and Vascular Institute who, performed an aortic valve replacement, his second, and tossed in a double bypass, his first so he truly is, Funny at Heart.

"Thank you for performing yesterday.  All had a great time…..lots of positive comments."
--Susan Graham, Professional Staff Coordinator

"Anyway.....Frank King was great, the group really enjoyed it!  Now I need some help with ideas for next year.  Each year it gets more challenging to find someone as good, or better than the previous year."
--Wendy A. Knisley, Human Resources - Federal Reserve Bank of Atlanta

"Just a little note to let you know we were very pleased with Frank King He was such a delight and so hilarious, he kept us all laughing!"
--The Shelly Company Christmas Committee

"I received wonderful comments, most of which said that this was the best staff meeting we have ever had and that who ever has to do the next one will have a tough act to follow."
--Jenene Hester, Support Services Supervisor - Environmental Health, Central District Health Dept.

"I hope you have a great summer, filled with lots of fun shows and people who appreciate how funny you are!"
--Lois L. Mulrooney, President, Sr. Loan Officer - Resident Lending Group

Fill out this form to get more information about Frank King.