MA130
Blue Moon Talent, Inc.
Corporate Mentalist
Mentalist, mindreader, and corporate entertainer, Gerard Senehi experiments in all areas of the paranormal. He is recognized internationally not only as a brilliant performer but also as a true master of the art of mentalism.
West Chester, NY
USA
info@bluemoontalent.com
828-357-5537 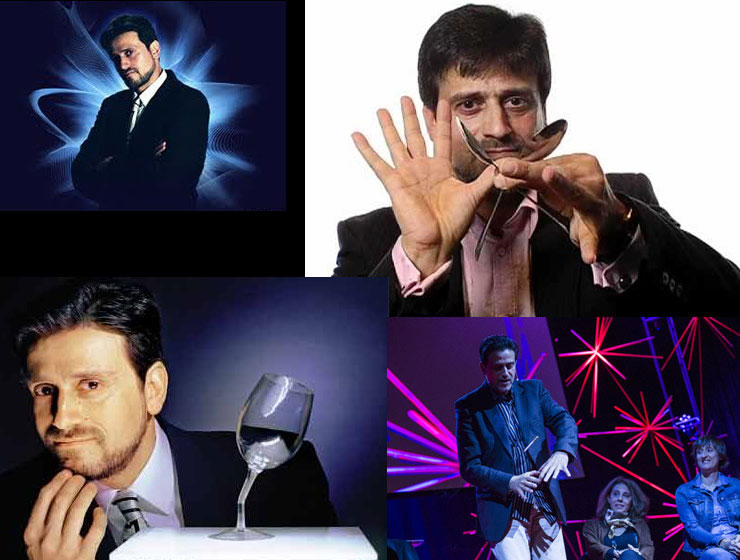 Mentalist, mindreader, and corporate entertainer, Gerard Senehi experiments in all areas of the paranormal. He is recognized internationally not only as a brilliant performer but also as a true master of the art of mentalism.

Mentalist, mindreader, and corporate entertainer, Gerard Senehi experiments in all areas of the paranormal. He is recognized internationally not only as a brilliant performer but also as a true master of the art of mentalism. Ever creative, and wanting to always push the edge of what is possible, find out what new ground he is currently breaking.

Gerard Senehi's corporate mentalist shows have an unusual effect on his audience. His impromptu approach to mentalism engages the audience while they witness things that are impossible right in front of their eyes, giving people an extraordinary experience and a sense of open possibilities ahead.

Gerard Senehi has also brought mentalism to a walkaround setting - ideal for many corporate events. Expanding Possibilities This presentation weaves new insights and questions about possibilities ahead into one of the most entertaining and mystifying performances of mentalism today. This program creates an atmosphere of possibilities, inspiring creativity and going beyond limits for corporate meetings, board meetings, and conferences.

"A whole other way to create buzz."
--New York Times

"...like some sort of religious experience from the sixteenth century."
--New York Magazine

"This guy is going to blow your mind, and then he's going to bend it!"
--Ellen, The Ellen DeGeneres Show

"With 2,000 people in attendance, they would not let him stop performing."
--AACI (Israel)
"If Gerard Senehi played the stock market, there would be no room for the rest of us."
--Alliance Capital Mgnt, Chris Toub, Exec. VP
"Had feedback from all the guests - they were stunned - in summary a big hit!"
Alpharma (Norway)
"Amazing!"
--American Express
"Months later, still get phone calls about him. Our guests were so blown away."
--American Museum of Natural History -Annual Gala
“I have been approached by hundreds of people commenting on the performance. It was a HUGE success!”
--Ashley Furniture, Lisa Gappa
"From all our events over the years, people are still talking about you so we had to have you back"
--Bain Capital, Erin Wise
"We want to have you work with us all the time."
--Bank of America
"You had quite an impact on our meeting, everyone loved the performance."
--Baring Private Equity Asia, Jean Eric Salata, CEO
"We have received rave reviews of the event... noted by many as an unexpected delight."
--Blackrock (Bermuda)

Fill out this form to get more information about Gerard Senehi.