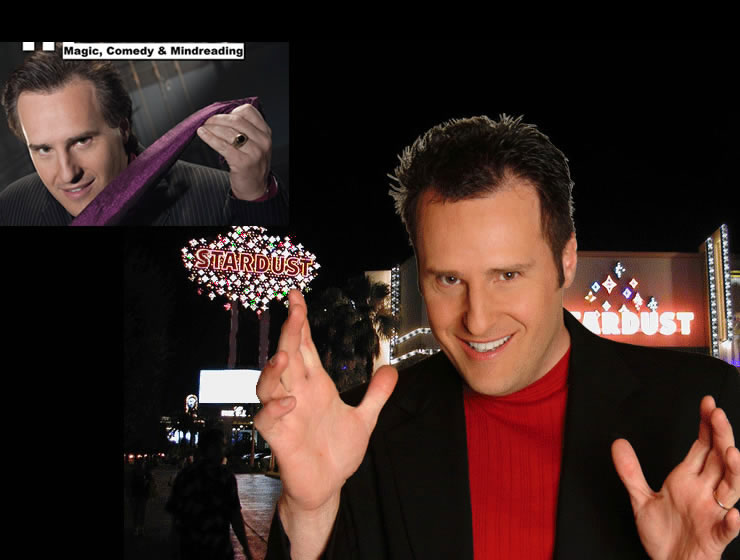 Gerry McCambridge performs his family-friendly mentalist show nightly on a Las Vegas stage and with an NBC primetime special to his credit.

Gerry McCambridge decided the best way to gain international celebrity was to take his talents to the airwaves in the form of a television special. While writing the show, Gerry McCambridge's goal was to replicate the LIVE audience atmosphere he was accustomed to performing in. As executive producer, it gave him full creative control over the production. Gerry McCambridge also wanted to mix in spontaneous remote location shots where unsuspecting credible participants are caught off guard and amazed within moments of meeting him and witnessing his unique mentalism talents.

In his mentalism performances, Gerry McCambridge uses his mentalist abilities purely for entertainment purposes. Being a husband and father, he is very conscious of using his talent in positive and entertaining ways. His purpose is to entertain people and get them involved in the mentalism performance without using any fancy props, violent or sexually suggestive images... just intelligent, and thought-provoking material. Today, Gerry McCambridge is living his dream - performing his mentalist show nightly on a Las Vegas stage and with an NBC primetime special to his credit - proving that patience and persistence does indeed pay off!

"... Gerry McCambridge tells a good story as to how he got started in the business, and in doing so, takes you on a journey that is entertaining and great fun, especially with the audience interaction. Make sure that you get front or second row seats in front of the stage, and don't be scared to volunteer, but don't try and outwit Gerry McCambridge or you'll come off second best. This is a really fun night out"
--Brian M.

"This show is a must see! He is amazing! he actually tells you exactly how he is doing it. This was our favourite show and I would recommend that you go and see him! Get a groupon voucher or go to the box office and get tickets. You wont be dissapointed."
--Ray D.

"We got our tickets for this on Groupon, and even if we paid the full price it was totally worth it, and more. It's a small venue which is kind of nice, everybody is really involved because of that. We were in the first row and the men in our group were selected for some 'tricks' and then I was called on later through some psychic stuff that I still haven't figured out and made the hairs on the back of my neck stand up! Only negative was I wish it was longer. It was fun and fascinating and sophisticated, not tacky, and thoroughly entertaining. I would see him again and again and again."
--Cass

"This was our favorite show, and we saw David Copperfield. The price was great and we got VIP seats, (make sure you look up the 50% off). I was chosen to participate in one of the routines and he was spectacular. Really fun and a great time. This was our first experience going to a mentalist of any sort. It was really fun and left us trying to figure out how he does that."
--Shane J.

"Brilliant, entertaining, illlusionist, had us laughing, joining in and performed some great mind boggling tricks."
--Anni

Fill out this form to get more information about Gerry McCambridge.