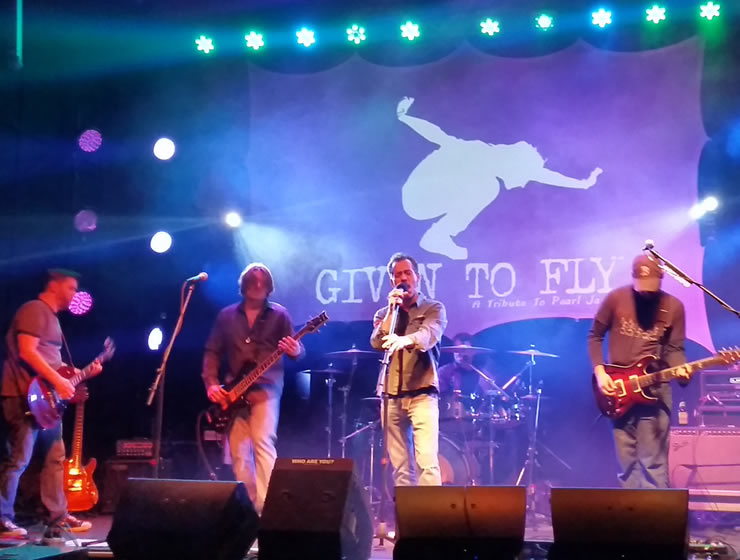 Given To Fly is the Premier Pearl Jam tribute band from Upstate NY and is fronted by veteran singer Bob Donahue.

Given To Fly is the Premier Pearl Jam tribute band from Upstate NY and is fronted by veteran singer Bob Donahue. Way back in 90' Bob joined locals Calcutta Rain and began his singing career. With a handfull of shows under his belt he was off to sunny Ft. Lauderdale FL. to attend college. While there Bob formed Saltwater and was soon signed to the now defunct Hollywood Ent. and summarily dropped 6 months later. After graduating with a degree in Music and Video Business, Bob returned to NY and fronted Bob's Your Uncle in its many configurations for close to two decades. In 2014 he decided to fulfill a long time desire to pay tribute to his favorite band, Pearl Jam. Given To Fly is that Band. The Line-up of pro players assembled to create this band, Vincent Lane (Bass), Bill Mattison (Guitar), Brian Gentile (Guitar) and Chris Plyem (Drums) make it not only spot on but entertaining as well. Bob can be heard channeling his inner Eddie for every show.

Fill out this form to get more information about Given To Fly.