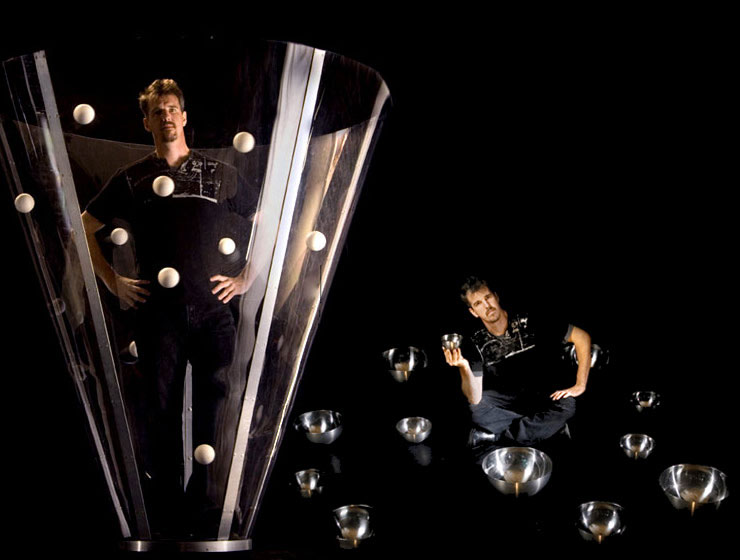 In an effort to redefine people's preconceptions about juggling, Greg Kennedy fuses logic and creativity to synthesize new forms of juggling manipulation. In the early 1990's, this professional juggler spent several years working as an engineer in addition to his juggling career. Greg Kennedy's fascination with the geometry and physics of object manipulation has lead him to ground-breaking work with his original apparatus, expanding the realm of juggling.

Greg Kennedy is often hired to create a powerful spectacle for company presentations, launches, trade shows and celebrations. He has awed and delighted many corporate clients including Sony, AOL, Cisco, Sunoco, and countless others. Greg Kennedy continues to receive praise and recognition from his peers for his original contributions, broadening the fields of corporate juggling and performance art.

“He is a visionary who can see the possibilities in props and movement that are obscure to the masses.”
--Bill Giduz, Jugglers World Magazine

“A little bit of wacky and a whole lot of wow.”
--Brian Howard, Philadelphia City Paper

Fill out this form to get more information about Greg Kennedy.