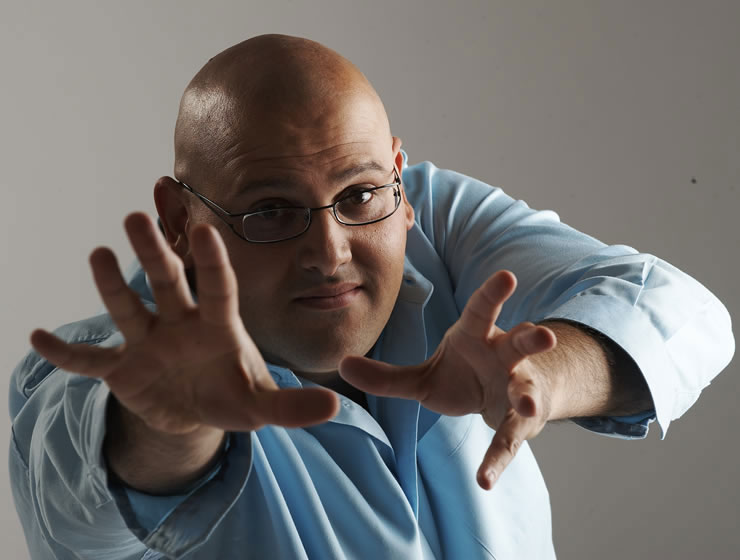 Canadas top mentalist and corporate entertainer, Hiam Goldenberg, has a unique ability to deliver a mind blowing show filled with humour and inspiration.

Hiam Goldenberg took his first dip into the waters of mental experimentation when he was only six years old – and has never looked back. Creating and perfecting his own original skills for many years, today Hiam Goldenberg is known internationally for combining the intensity of mentalism with his trademark easy-going humour and charm.

Hiam Goldenberg is considered to be one of the major authorities on the subject of the human mind and is highly regarded by fellow mentalists. He travels around the world lecturing other professional mentalists, consulting and teaching new techniques in this field. Hiam Goldenberg doesn’t claim to possess supernatural or psychic powers; he claims that the powers that he uses are the same powers that are inside each and every one of us – we simply need to believe and trust in them!

Canada’s top mentalist and corporate entertainer, Hiam Goldenberg, has a unique ability to deliver a mind-blowing show filled with humour and inspiration. Never condescending, always in conversation with his audience, he takes them on a journey beyond the boundaries of their minds.

This jam packed show will definitely spark a conversation among your guests; with constant audience participation, mind games and laughter this will be an evening to remember. Hiam Goldenberg has wowed people worldwide; whether on Stage or on TV, he’ll surely surprise YOU!

"We've had the pleasure of working with Hiam Goldenberg on several client events, and his show has been a huge success each time!"
--Sandy Medved, Wynford

"Hiam Goldenberg is both charismatic and compelling his abilities are extraordinary. You will be left in awe!"
--Nicole Collett, National Bank Financial

"WOW!!!!  A smashing performance!  We were all thrilled and thoroughly entertained by Hiam Goldenberg.  What a gift he has!  Hiam Goldenberg's performance was worth every penny!! For the rest of the weekend, all everyone could talk about was Hiam Goldenberg's fantastic performance.  We were delighted that he chose to work with the children, as they were enchanted! We would also like to thank Hiam for his patience, as some of the out of town family members arrived late and the evening's events were behind schedule. We would love for Hiam Goldenberg to give us another performance, hopefully in the near future! Best regards and many thanks,
--Carol Chitwood

"We had so much fun with Hiam Goldenberg … everyone was impressed and even astounded by his talents. As one former non-believer said to me “He’s the real deal.”
--Nancy Farestveit, Marketing Programs Manager - Wilson Sonsini Goodrich & Rosati

Fill out this form to get more information about Hiam Goldenberg.