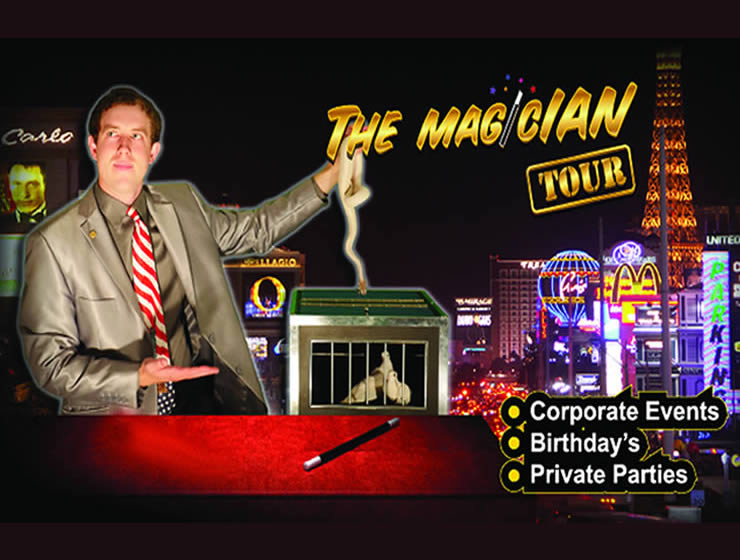 From live doves magically appearing to levitating people in the air, Ian Galloway's amazing magic shows appeal to people of any age.

From live doves magically appearing to levitating people in the air, magicIAN’s amazing magic shows appeal to people of any age. For your wedding, corporate event, upscale birthday, or school event he performs strolling magic and an award winning vegas style magic show that will make your event a great success. magicIAN makes live animals appear, performs fire magic, audience comedy interaction, and in the finale he levitates in the air and magically changes doves into a snake with pyrotechnics! magicIAN’s show also has a patriotic feel that has received rave reviews over all types of cultures.

"How did he do that"
-- Louis Vuitton

"Ian performed magic tricks at my fundraiser at Pechanga Resort and Casino. His magic tricks were amazing and his interaction with his audience was great. Everyone loved magicIAN and I would reccomend him to anyone looking for a magician at your next event! I will definitely hire Ian again"
-- Vince Ferrigamo

"He was great, he communicated well, was very entertaining and professional."
-- Calvary Chapel

"He performs for us a few times a month and all our guests are always laughing and amazed."
-- Marriott Hotels

Fill out this form to get more information about Ian Galloway.