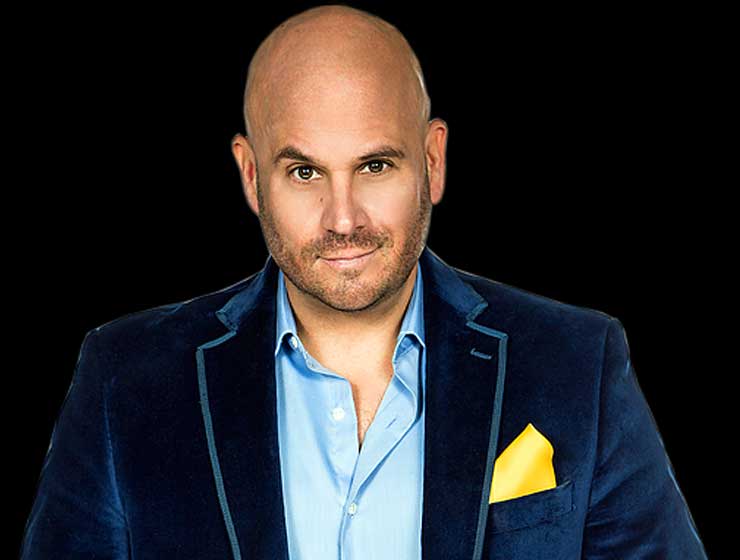 If you're looking for unique, audience-interactive comedy entertainment for your corporate event, retreat, convention, or party, John Moyer is as good as it gets. Combining more than twenty years of award-winning stand-up comedy with his immense improvisational skills, John consistently delivers a gut-busting, fresh, stage hypnosis experience, the likes of which audiences have never experienced before.

John Moyer is a versatile performer who draws on many skills to deliver hilarious comedy hypnosis shows that have crowds rolling in the aisles. He's an actor, having appeared in many television and film rolls, a produced screenwriter, producer, director, and stand up comic, and uses all of these skills to create comedy hypnosis shows that connect with audiences in a positive, motivating way.

Best of all, John’s shows are all in good fun. No audience member is ever made to feel embarrassed, uncomfortable, or enticed to behave inappropriately. John uses the "power of suggestion" and a creative mind to help break the ice at corporate events, private parties, comedy clubs, universities, and more.

"Funny. Funny. Funny.  John brought the house down! It was all perfect for our convention. We loved his act!" - Chris Caldwell, Montana Tavern Association

"John has a powerful show. It's a great blend of hilarious comedy that takes the volunteers and the audience on wild ride through the mind!" - Kevin Clayson, Author of "Flipping the Gratitude Switch"

“John Moyer was fabulous. This morning people are all over the office talking about his show and our employees who were hypnotized! Could not have asked for better entertainment!!!” - Tammy L. Hansen, Executive Assistant, Dyno Nobel Inc.

“We loved it! Employees are saying “next time” already! Everyone loved it.“ - Barbara Bray, Centershift, Salt Lake City, UT

"John made our evening a complete a success! Sometimes we find people leave after dinner and don’t normally stay for the entertainment, but everyone stayed until the very end of John’s show and loved it. It was hysterical! The audience and the people who participated on stage had such great experience. Thank you!“ - Karena Rogers, Secretary, Parker D. Glaus Foundation

“John was great! We loved the show, and he certainly kept the audience entertained! The show has been the constant topic of conversation at the office since Friday." - Elise Nuttall, Ivory Homes

"John Moyer is one funny guy! You'll be hearing about him for years to come." - Nathan Osmond, Country Music Star

Fill out this form to get more information about John Moyer.