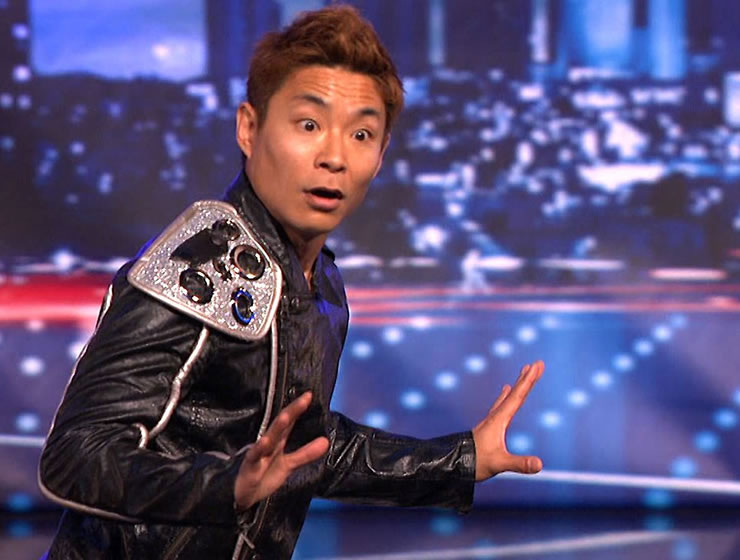 Kenichi Ebina is a solo self-taught dance performer who started out dancing Freestyle HipHop and expanding his style to Poppin', Lockin', Mime, House, Jazz, Contemporary and Ethnic dance. His unique dance show with illusion effects of sound, light and visual entertain many people who are not even interested in the performing arts.

During his prize-winning run on "America's Got Talent" last year, Kenichi Ebina had no trouble coming up with new and exciting ways of expressing himself -- dance, mime, video art, acrobatics, martial arts, spirituality.

Fill out this form to get more information about Kenichi Ebina.