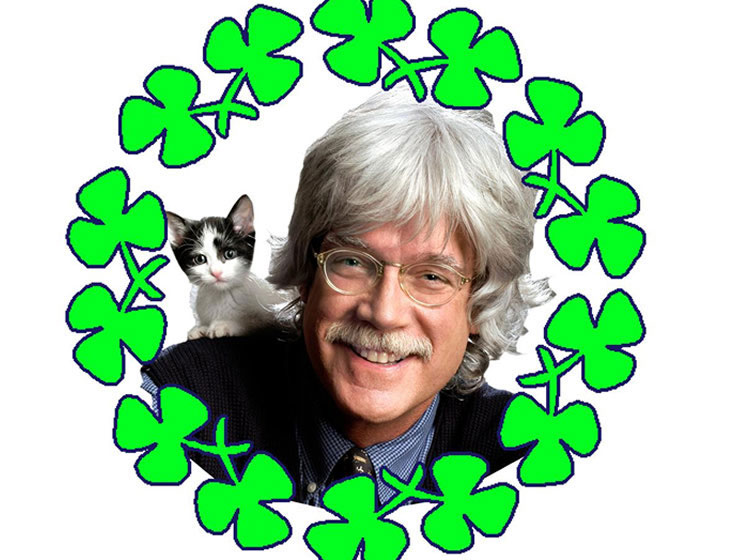 Kevin Fitzgerald | As a comedian, this outstanding stand-up comic has opened for such diverse and legendary performers as Bob Hope, Diana Ross, The Temptations, and The Neville Brothers.

Kevin Fitzgerald has a background that ranges from numerous tours as a bouncer with The Rolling Stones, The Who, and The Police, a 25-year career in veterinary medicine that saw him named Specialist of the Year in Private Practice in 2006, and over 20-years of performing as a professional stand-up comedian, this skilled and versatile comedian is a true renaissance man. Kevin Fitzgerald.'s apparent passion for making people laugh is surpassed only by his unwavering dedication to all creatures great and small. He believes it is a great privilege to be in a position where he is able to pursue a dual career doing work that he truly enjoys.

As a comedian, Kevin Fitzgerald has opened for such diverse and legendary performers as Bob Hope, Diana Ross, The Temptations, and The Neville Brothers. Despite maintaining a busy veterinary practice, Kevin Fitzgerald performs to rave reviews at nearly one hundred corporate and fundraising events annually and is in very high demand as a host, guest speaker and lecturer at universities and veterinary conferences across the country. He believes that laughter is an incredibly important part of everyday life, and that nobody could ever laugh too much.

"A wonderful performance by a talented and charming performer. Perfect in every way."
--Daniel T

"Kevin Fitzgerald, and his manager, accommodated our fairly strict criteria of what could and could not be included in the presentation. K.F. was a huge hit during the event."
--Pippa L

"Kevin Fitzgerald was truly a pleasure to work with. He is hilarious and definitely created a memorable performance for our guests. We would definitely have him back again."
--Laura L

"Kevin Fitzgerald. was a hit. He seemed to really study our group to ensure being able to be a cultural "fit" with them. It was a great connection that he made with us. His segue from the comedy to his serious work with polar bears and rattlensnakes was very smooth. He made a comment to close the evening that was profound for any of our physicians who picked up on its significance: One has to look for new things to keep the fires of their passion burning. Being excellent at what you do is important, but if you keep doing the same thing over and over for years, your passion may fade, and with it ultimately your excellence."
--Sheldon S

"Kevin Fitzgerald. was great! Our crowd ranged in age from 18 to 75 and he had everyone laughing non stop."
--Brent K

"Kevin Fitzgerald was extremely well received by our group, the County Sheriffs of Colorado. I am still getting positive comments days after the event. He is very personable and integrated well with the group. As a friend, but as a recent consumer, I would recommend him highly."
--Chris O

"I thought it went very well. I really enjoyed meeting Kevin Fitzgerald I feel he directed his act well to who our audience was....Older people, kids, cat supporters. Thank you!"
--Chris C

"Kevin Fitzgerald was the best stand up I have seen in many years. My group loved him, I loved him, and I will tall everyone that he is great! Thank you K.F.!! You ROCK!"
--Carrie B

"We really enjoyed working with Kevin Fitzgerald. He helped emcee part of our program in addition to providing the entertainment. He was very accomodating and friendly. We will definately work with him again!"
--Heather B

Fill out this form to get more information about Kevin Fitzgerald.