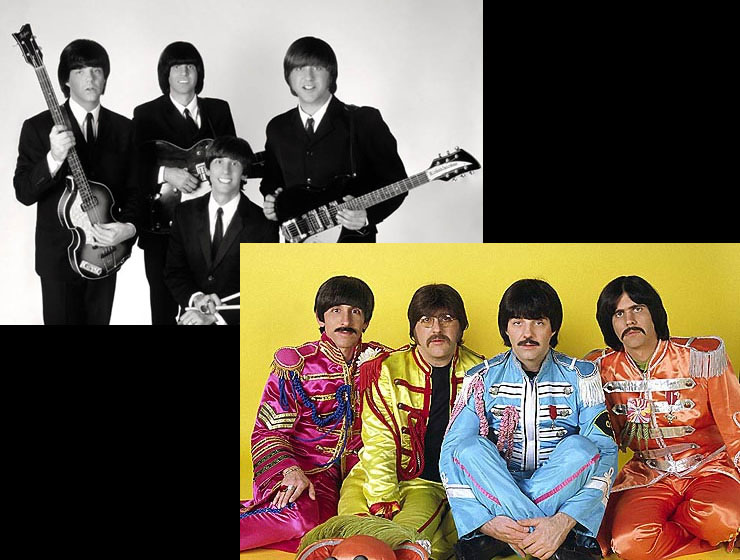 Liverpool Legends, Beatles tribute band have performed on the hallowed ground of several original Beatles venues including The Cavern Club in Liverpool.

Liverpool Legends Beatles Tribute Band, are four talented musicians and actors who were hand-picked by Louise Harrison, sister of the late George Harrison of The Beatles. Louise's involvement with the Liverpool Beatles Tribute Band, makes them the only band in the world with a close, direct biological link to the original Fab Four! "Liverpool Legendspresent the very best portrayal of The Beatles since the only four guys to play The Beatles were John, Paul, George and Ringo!" says Harrison.

Headlining their own production in Branson since 2006, Liverpool Legends have been voted Best New Show, Best Band and Best Show. Finishing their sixth season, their show once again was spotlighted by receiving the prestigious Visitors' Choice Award for Best Show in 2009 and also Best Show in 2010. Liverpool Legends received national attention as they re-created The Beatles famed 1966 concert at Busch Stadium in St. Louis.

Liverpool Legends perform songs spanning the entire career of The Beatles and on through the solo years. With precise attention to every musical detail, along with costume changes, vintage instruments and special effects, Liverpool Legends will make you feel like you are watching the real thing! Together, these four lads will bring you "The Complete Beatles Experience."

"I knew John Lennon. You are brilliant! You should be on Broadway!
--Eric Burdon

"Hey, that's you! I could spot John out anywhere! You make a great John!"
--Sir Paul McCartney

"I've seen many acts doing this type of thing but Liverpool Legends are by far the closest to The Beatles that I've ever seen. They have the complete package! The sound, the look and the mannerisms!"
--Danny Bonaduce"

"Now, I get to see the evolution of the Beatles in two hours. Love it"
--Yakov Smirnoff

Fill out this form to get more information about Liverpool Legends.