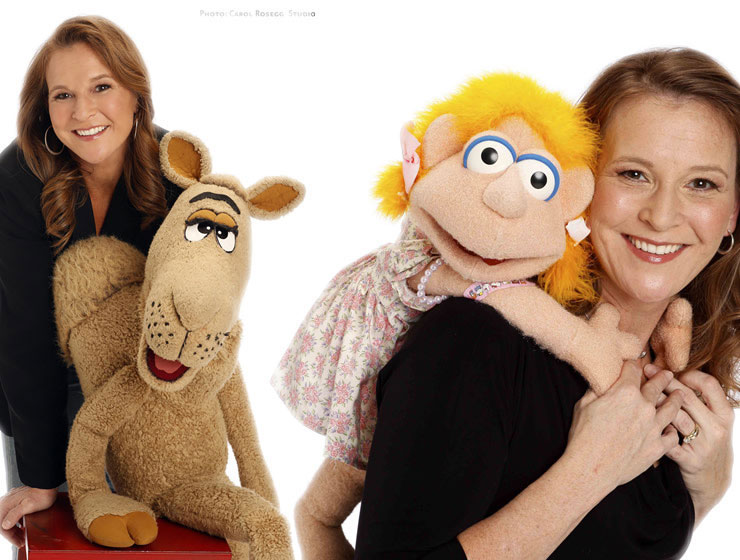 Lynn Trefzger, ventriloquist & comedienne has given life to a trunk full of comical characters. She has performed worldwide for corporations, colleges, theatres, and cruise ships.

For over 30 years Lynn Trefzger ventriloquist & comedienne has given life to a trunk full of comical characters. She has performed worldwide for corporations, colleges, theatres, and cruise ships. Every audience is treated to her amazing vocal illusion talents, when they may meet a drunken and lovable camel, a grumpy old man, a feisty little girl, and may even see some other audience members who are brought up for the action! Each Lynn Trefzger ventriloqust show can be tailored for both family or adult audiences. Not only is a premier entertainer for Disney Cruise Lines, as well as Crystal and Norwegian Cruise Lines but Lynn Trefzger has even been featured in a recently released comedy/documentary about the art of ventriloquism called "I'm No Dummy". With Lynn Trefzger's off-the-wall audience interplay, and riotously funny illusions and comedy, no two shows are alike!

"Without a doubt Lynn Trefzger is one of the best ventriloquists in the history of this art form. A true star in the comedy world.”
--Bryan W. Simon, Director of the feature film I'm No Dummy

"Lynn Trefzger was amazing to see perform, and a pleasure to work with. And the audience's reaction was euphoric!”
--Eric Zala, Executive Director Mary C. O'Keefe Cultural Center of Arts & Education

"Lynn Trefzger is an excellent technician and a bright, inventive comedian…the result is a gem of a routine…a first rate entertainer!”
--Courier Post in Atlantic City, NJ

"A beauty with amazing vocal talents and a first-rate wit, she scored her biggest hit by bringing three audience members on stage and throwing voices into them… a first rate entertainer!”
--Society of Magicians

"The quality of our event was most assuredly enhanced by Lynn Trefzger’ s talent which made us laugh, cry (as a result of the laughter), and enjoy some all too rare and precious stress-free moments in time."
--Diane L. Willard, Partners Nat’l Health Plans, NC

Fill out this form to get more information about Lynn Trefzger.