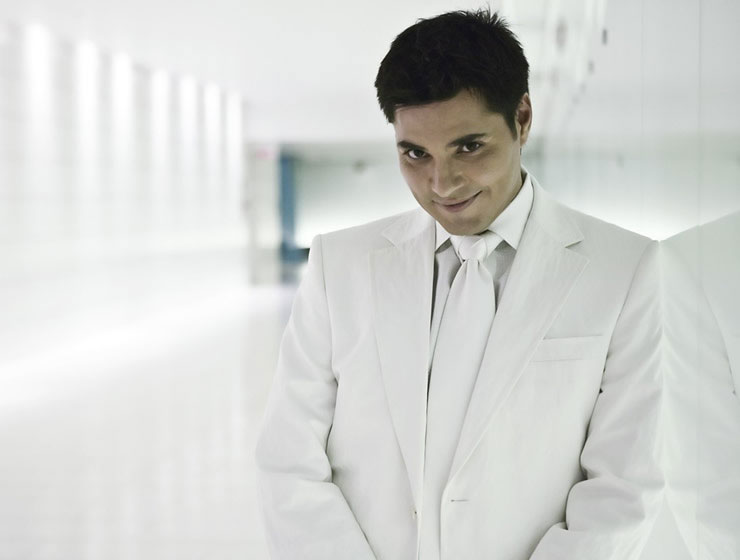 Martin Dube is a talented celebrity impressionist. His dynamite stage presence immediately grabs your attention. Then, his five octave voice takes over, leaving any singer green with envy and the audience gasping for more. Martin Dube a multi-talented singing impressionist, has already been catapulted into the league of world class entertainers.

With over 400 impressions mastered, this talented celebrity impressionist is ready for any event that comes his way. Martin Dube is truly a symphony of voices and comedy fused together in one package to deliver a total entertainment experience. Some of this celebrity impressionist's musical guests include Louis Armstrong, Tina Turner, Bon Jovi, Stevie Wonder, Axl Rose, Billy Joel, Melissa Etheridge, Elton John, Luciano Pavarotti, Rod Stewart, Liza Minelli, Village People, Frank Sinatra ... and many more!

Martin Dube's star status continues to rise and he is in constant demand at conventions and private functions. His talents have taken him all over the world: Canada, the United States, Mexico, the Caribbean, and Europe. He has performed his impressions at some of the world's greatest events and in some of the world's most prestigious theatres around the globe.

Martin Dube has built a career on Ambition, Audacity and Amoré.

“The show was EXCELLENT! Martin Dube had everyone begging for more by the time he was done. It was one of the best shows I’ve ever been to. Our delegates had a great time and loved the show.”
--UFCW

“BRAVO! BRAVO! That’s what we all heard the night Martin Dube performed at our corporate event. Words can’t describe the incredible performance he delivered. The standing ovation Martin Dube received was proof that he was the perfect fit for everyone in the group. Wow! What a voice!”
--Black & Decker Canada

“Martin Dube's vocal range is unbelievable and his ability to grab the audience and hold their attention is truly something to behold.”
--Harley Davidson

“He was amazing! His uplifting and powerful performance was the perfect finale to our week.”
--International Association of Plastics Distributors

Fill out this form to get more information about Martin Dube.