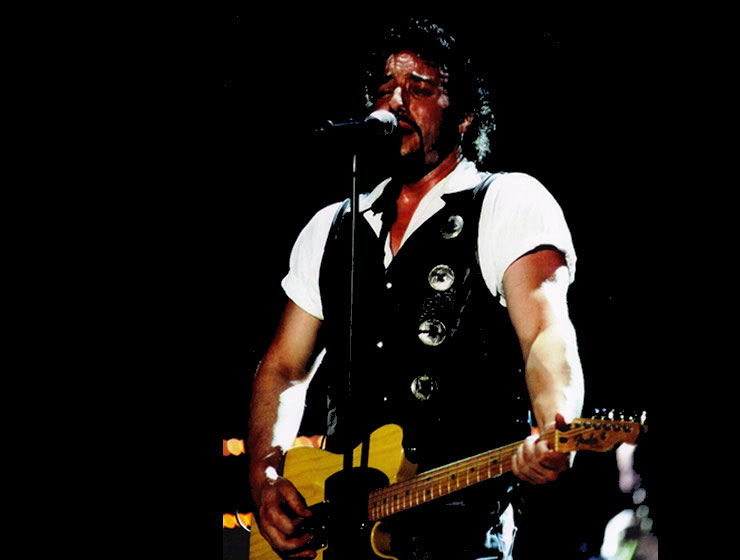 This unique Bruce Springsteen Tribute by Matt Ryan is much more than just another tribute... it's a shore thing!

This unique Bruce Springsteen Tribute is much more than just another tribute... it's a shore thing! Matt Ryan's high-energy musical experience is a note-perfect and visually accurate recreation of a Bruce Springsteen show that turns into one giant Jersey party! Even Bruce Springsteen fans at the Stone Pony in Asbury Park (some of the toughest critics in the world) were amazed by this jaw-dropping portrayal of "The Boss" by Matt Ryan. As one fan aptly put it... "We were expecting to see a "tribute" to Bruce Springsteen. But, what we saw could have been the Boss himself!"

Matt Ryan did more than performed Springsteen hits (and not so hits). They displayed their musical abilities consistent with, if not better than any successful rock band. Each band member's experience and desire to display their skills was apparent throughout the show. It was clear that they wanted to be there and wanted the audience to leave with a memorable experience. Sound, visual, and venue was equally satisfying. Highly recommended!"
--FMCM

Matt Ryan was very realistic, they announced that they play Bruce because they enjoy his music as much as us fans do. It showed. They not only sounded like Bruce but looked the part as well. The sax player was incredible and the whole band was tight!! If you enjoy rocking out to Bruce Springsteen, you will enjoy this show!!! I never give anything all five stars, but these guys deserve it!!!!!!!"
--Yahoo23

"Terrific, hard-rocking show with a nice mix of ballads for change of pace. Matt Ryan has the sound down pat. Great musicians, esp the saxophonist, to back up the terrific vocals... a wonderful evening of music."
--FussyGuy
"The show was great with the music sounding just like the Boss! The lead singer's voice was muffled at times…not sure if that was him or sound system but was good just the same. The saxophone player was outstanding."
--Perrin Byrne
Matt Ryan was a high energy, pulsating performance that if you didn't know, you would have sworn you were really listening to The Boss. This performer and his sweet band, complete with Clarence on sax, and Miami Steve with dew rag, rocked from the moment they took the stage right up to and including the excellent encore. I was skeptical going in and didn't know what to expect, but once the band started we didn't stop dancing, singing, and screaming for more. Thank you for this great entertainment. I suspect this show will be gobbled up by Las Vegas before long."
--JZB

Fill out this form to get more information about Matt Ryan.