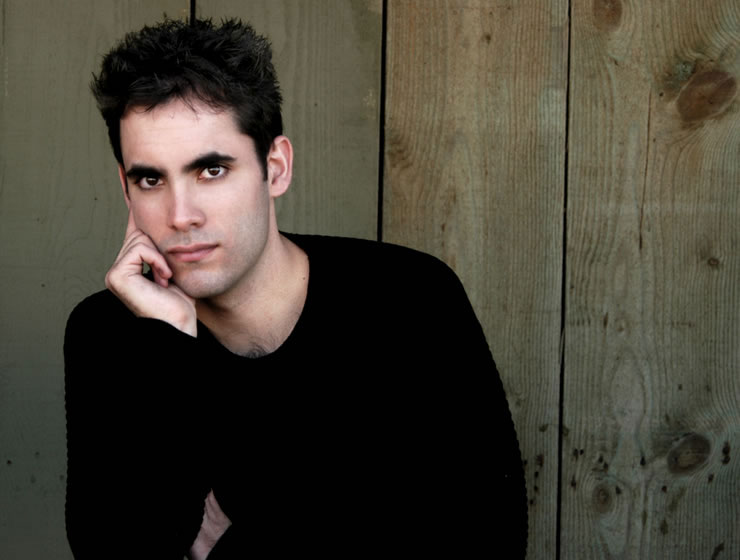 Michael Grandinetti is not your ordinary magician.   With performances on national and international television, in stadiums, arenas, casinos, and theaters around the country, with Oscar winning composers and symphony orchestras, for NFL halftime shows and major sporting events while surrounded by 70,000 people, for Fortune 500 companies, and even at The White House, Michael has made a name for himself around the world as an extremely talented and innovative illusionist.

He has been featured on NBC’s “The World’s Most Dangerous Magic II” television special, The CW’s “Masters of Illusion” series, Pop TV's "Don't Blink" series, “CBS Sports”, “Entertainment Tonight”, “SportsCenter”, “Pardon The Interruption”, “NBA on TNT", "New York Today", "FOX & Friends", and "The Bold and the Beautiful". He has also appeared as a gust on national radio ahows an in media including Parade Magazine, Starpulse, MAGIC Magazine, Young Hollywood, Pittsburgh Magazine, Tucson Living, and The Marilu Henner Show.  Entertainment Weekly called Michael  "a great magician who can truly communicate with a TV audience".

In addition, Michael has pioneered live magic in one of the most challenging environments imaginable, major-league football stadiums, baseball stadiums, and basketball arenas.  At Citizens Bank Park, Michael made the 7ft tall, 300lb Philadelphia Phillies mascot, The Phanatic, magically appear in the center of the outfield.  At Kansas City’s Kauffman Stadium, Michael performed one of the largest live interactive illusions in history when he read the minds of all 45,000 people in the stadium at the same time.  This spring, Michael performed the halftime show for the Atlantic 10 Men’s Basketball Championship at Barclays Center in New York City and for the Chicago Bulls NBA playoff game at United Center in Chicago, where he levitated at the center of the court while surrounded by a sold out crowd of 22,000 people.  Michael’s performance even caused commentators Shaquille O’Neal and Charles Barkley to comment in amazement during the live national broadcast on TNT.

Michael was recently honored to be the first illusionist ever invited to perform in the National Independence Day Parade in Washington DC.  During this remarkable celebration of our country, Michael levitated a girl high above one of the floats as it moved down Constitution Avenue, in front of a live audience of 250,000 people.

This is magic on a major scale.

And, with his unique ability to design and incorporate magic to fit any theme, Michael's work has been featured in sales programs, trade shows, and corporate galas around the country, showcasing his client's products, messages, and team members in unique and memorable ways.

Michael Grandinetti is making the ancient art of magic charismatic and contemporary.  By blurring the line between illusion and reality in a groundbreaking yet personable way, Michael gives the audience an engaging, entertaining, and one of a kind experience they will not forget.

“Among the most accomplished acts in the world of magic…Michael Grandinetti holds his own with well executed levitation and fire illusions.”
--Tom Gilbert, Los Angeles Times

“It was an honor to have you as a part of this historic, national event.  You were wonderful!”
--Cheryl Campbell, White House Easter Celebration

“The reviews are in and you were a big hit. The show was outstanding!”
--Kurt Funk, Director of Events, The Philadelphia Phillies

“Thanks for making our opening a huge ‘WOW’ for our attendees.  It was truly a pleasure to work with you!”
--Amanda Marijanovic, Producer, MYB Productions

“The show had a great energy and the audience was completely engaged.  Your charm and wit…perfect.  I loved how natural you were onstage. You are a fantastic entertainer, a pleasure to work with, and at the top of my list!”
--Paul Strabley, Event Producer, Iacono Productions

“Michael Grandinetti, you truly are a gifted entertainer!  On behalf of my group, I extend my deepest gratitude.  We attended your show and it was the highlight of a truly spectacular and memorable evening!"
--Dr. Joseph Michelli, Author of The Starbucks Experience, The New Gold Standard, and Prescription for Excellence

“I congratulate you on such an outstanding performance!  The audience was wowed.  It was a pleasure meeting you, working with you and experiencing your talent.  You truly put on an amazing show!”
--Leslie Finnin, Program Manager, Grainger National Event, Navy Pier, Chicago

“I was very impressed with your wonderful performance on Friday evening.  Your show was spellbinding, I could watch it over and over again.  Your showmanship and attention to detail were exceptional!!  WELL DONE!”
--Cindy Romano, Los Angeles Entertainment Agent

“Michael Grandinetti was a great addition to our event!  He worked with us leading up to the show in customizing the illusions down to the last detail to fit our needs.  Our audience had a wonderful time being amazed.”
--Peter Donnelly, General Manager, Mazda North American Operations

“I had SO MUCH FUN at your show last week.  I have my 8 of clubs in my wallet.  Makes me smile every time I look at it.  Thanks for including me in your show!”
--Renita, Film and Television Casting Director

“Our audience found your illusions to be very unique, intriguing and entertaining.  And, you tied our message in to really sell the crowd.  The outcome was phenomenal!”
--Sue McCune, JDA Software, National Retail Expo, Javits Center, New York City

“I had promised the membership an inspiring display of magic and you hit the mark.  Your charisma, professionalism, and wit make you an exceptional entertainer.”
--Joseph Iannuzzi, PASBO Executive Conference, Pittsburgh, PA

Fill out this form to get more information about Michael Grandinetti.