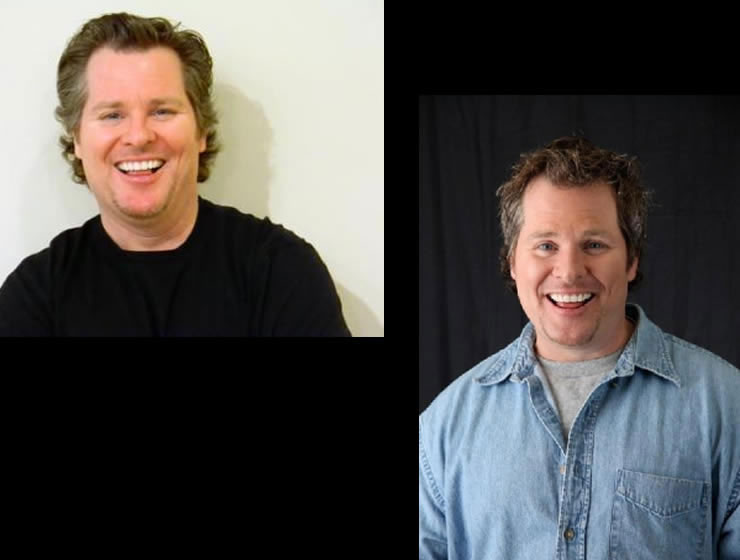 Michael Petit - Hitting the stage and making people laugh is what this versatile veteran impressionist does with his brilliant mix of lightning quick improv and steady diet of impressions.

Hitting the stage and making people laugh is what Michael Petit1 does with his brilliant mix of lightning quick improv and steady diet of celebrity impressions. As a national headlining entertainer this clever corporate impersonator is loaded with a rapid fire delivery, which leaves audiences laughing from start to finish by clicking from character to character. Over the years Michael Petit's talents and creative services have afforded him the opportunity to perform in Las Vegas as a regular headlining entertainer, and to also work with some of the industry's top comedians. In the corporate world he has entertained audiences for Microsoft, Pepsi, and Dunkin Donuts with his clean celebrity impressions that are ideal for your next corporate event.

"When I first met Michael Petit I knew he would be a good fit with my organization. In retrospect, good was a gross underestimation of how the event would go. Michael Petit's connectedness to the audience exceeded all of my expectations. Home run!!! He maintained a level of professionalism and never crossed that line from extremely funny to offensive. Both members and spouses were still talking about it the next day and all had nothing but great compliments on the show. Great work Michael Petit and thank you for making all of us laugh."
--Ken Wertz President, Massachusetts Facilities Administrators Association

"Michael Petit is the BEST entertainer I have seen in a long time. I hosted a 50th birthday party for my husband and had people from 23 to 60 years old and he was able to make the entire crowd laugh. There were many sore bellies and cheeks from all the laughing that night! I have received phone calls since the party just to compliment Michael Petit, all had a great time thx to him! After his performance, Michael Petit hung out and spoke with all my guests and was telling jokes even "off the clock". Most people collect their pay and take off! He was so personable and professional and I would book him for sure for another future birthday, office party, fund raiser, etc."
--Jen T

"Michael Petit performed for our All College Picnic for our faculty and staff. He was great to work with, very professional, and showed up right on time! His performance was hilarious and we have received all wonderful comments about him! His impressions were excellent as well. This was a great way to start our day. I highly recommend Michael Petit for any event! We will definately have him back to our Campus!"
--Ann W

"He had our guests laughing. He was able to engage our guests, and incorporate them into his act. He was very responsive to our request that his performance be "clean". We were very satisfied, and would indeed consider hiring him again."
--Gail P

"Michael Petit made our event, he got everyone pumped up they were laughing and having a wonderful time. We had an auction and he got everyone up to bid and we were able to raise alot of money for our cause. After everything was over we got so many calls on how to get him for their events he truely is a funny funny guy and so down to earth you never want him to leave. He spoke with us several times before and during our tournament and he went above and beyond anything we could have hoped for and I know we personally are going to ask him back next year!!We LOVED him and we would be crazy not to have him back!"
--kelly g

"Michael Petit blew us away with his great comedy! He had some people laughing so hard they were wiping the tears away. I would highly recommend him! "
--JV

Fill out this form to get more information about Michael Petit.