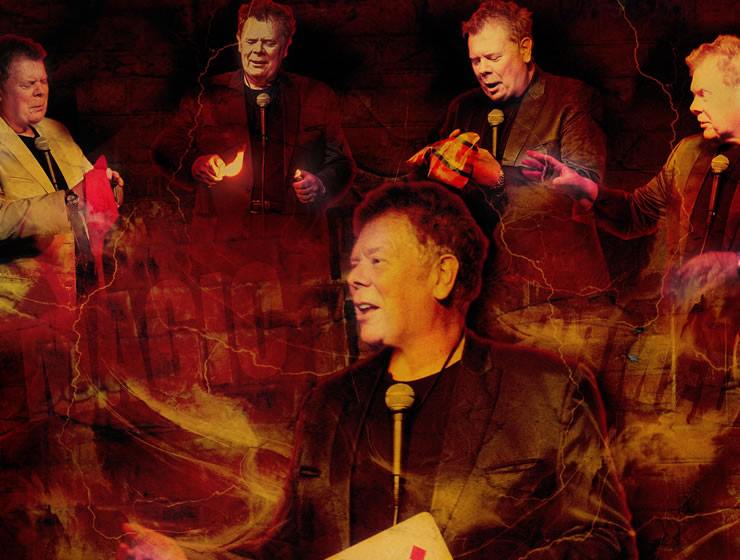 Las Vegas Magician Nick Lewin is a unique and fresh performer who delights every type of audience with his personalized comedy and magic show.

Nick Lewin is a unique and fresh performer who delights every kind of audience with his personalized comedy and corporate magic show. Clients and audiences alike are delighted with Nick Lewin's highly individual blend of stand-up comedy, sleight of hand and mind magic.

Nick Lewin has opened concerts for Tony Bennett, Reba McEntire, Charlie Daniels, Paul Anka and a host of other stars. His corporate client list is a who’s who of Fortune 500 companies and he has performed at private functions for David Bowie, Steve Forbes, Jimmy Stewart, Lee Iacocca, Tony Curtis, Orson Welles, Steve Wozniak and many others.

For five years Nick Lewin starred in "Comedy Magic" his own award-winning one-man show in Las Vegas, where he also hosted his own nationally broadcast radio and television series, "The Entertainment Files." Now he is available to work his magic for you and help make your event a hugh success.

"Amazing, unbelievable and incomparable are the only words to describe the amazing feats of Nick Lewin.
--What’s On in Las Vegas

“All of Lewin’s material seemed so fresh - it was just awesome! I’d give him a ten, he was great.”
-- The Austin Chronicle

“Had the audience on their feet cheering….”
-- Showtime

"Smooth and skillful, this Brit is a hit!”
--Showbiz Weekly

Fill out this form to get more information about Nick Lewin.