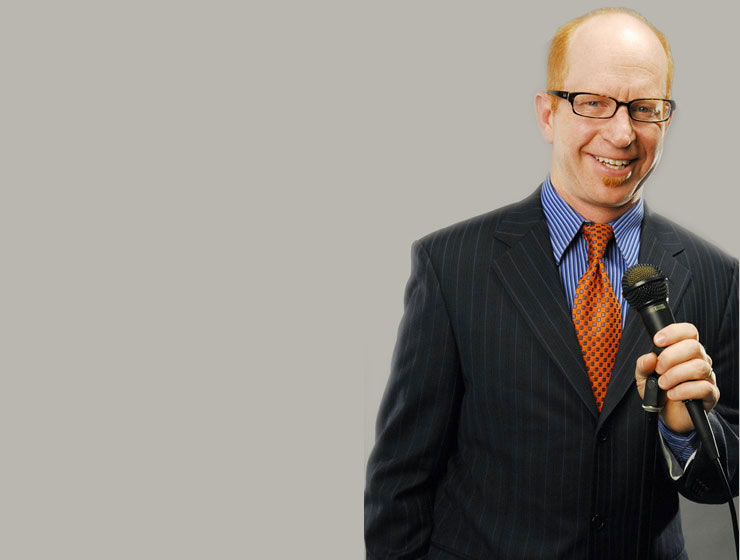 With a remarkably unique, self-deprecating style combined with side-splitting material, Phil Palisoul's well-polished stand-up routine has made him a huge hit at comedy clubs, cruise ships, casinos, and corporate events across the country. Once you've seen this stand-up comedian, the reason for his popularity is obvious: Phil Palisoul's absolutely hilarious! Building his show with a playful and silly mixture of life experiences he has made a name for himself touching on childhood memories and married life which have made him a favorite in television, corporate shows, comedy clubs and colleges.

He’s a swell guy and a great kisser!
--Phil's Wife

The event was fabulous! Phil Palisoul. had us rolling with laughter!
--Pioneer Natural Resources

I would highly recommend Phil Palisoul for any agency that wants to put on a show that is suitable for a wide range of audience.
--Greely Transitional House

Phil Palisoul was awesome! He had people holding their cheeks – they were laughing so hard!
--Alaska Raptor Center

Phil Palisoul.’s incredibly dynamic and entertaining performance was definitely the highlight of the conference!
--State of Colorado - Division of Property Tax

The only negative feedback we received on Phil Palisoul’s performance was that they didn’t want him to stop!
--Red Rocks Country Club

Fill out this form to get more information about Phil Palisoul.