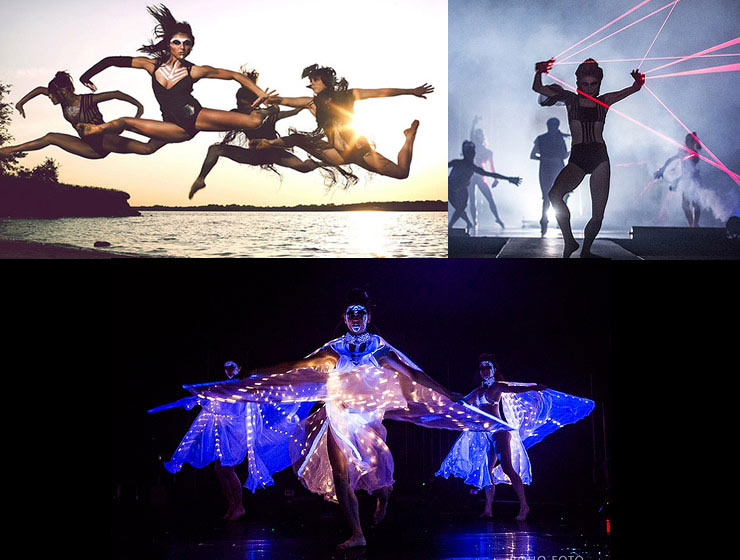 Quixotic, conceived by founder Anthony Magliano is an ensemble of artists from various disciplines including aerial acrobatics, dance, fashion, film, music and visual FX. This inventive group of artists goes beyond the limits of any specific art form, challenging traditional perceptions and creating a total sensory experience unlike any other for its audience while exploring infinite possibilities of movement, sound and multimedia.

Quixotic has a core team of contributors whose members work together to maintain and provide support from creation to execution of Quixotic’s performances. Individuals are invited to join the core team based on their time and efforts contributed to Quixotic as a whole, as well as their sustained efforts in improving the overall quality. Quixotic's core musical composition team is led by Executive Producer Noel Selders and Anthony Magliano accompanied by Shane Borth, Laura Scarborough and Rick Willoughby.

Fill out this form to get more information about Quixotic.