MA122
Blue Moon Talent, Inc.
Comedy Magic
Magician Robert Strong has been crisscrossing the world since 1985, entertaining audiences large and small, young and old, formal and casual, and everything in between!
San Francisco, CA
USA
info@bluemoontalent.com
828-357-5537 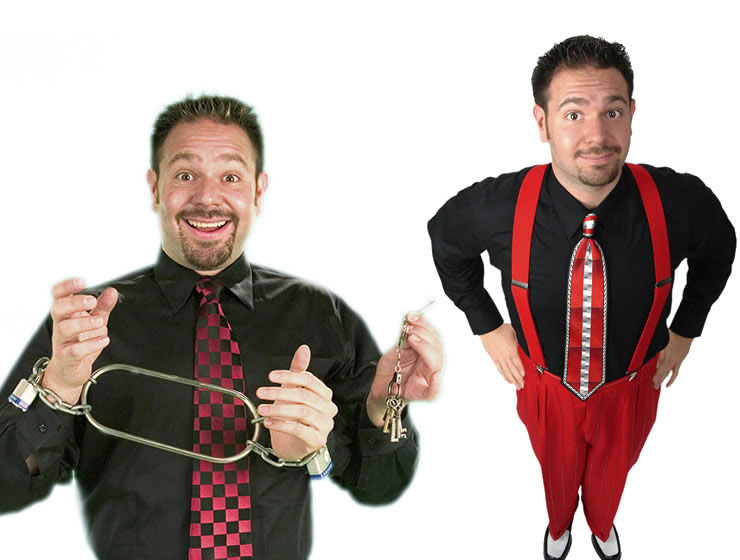 Magician Robert Strong has been crisscrossing the world since 1985, entertaining audiences large and small, young and old, formal and casual, and everything in between!

Customized magic for corporate events! Robert Strong has been crisscrossing the world since 1985, entertaining audiences large and small, young and old, formal and casual, and everything in between! Twice voted San Francisco's Best Comedian, he has appeared on every major television network, in all 50 states, in over 30 countries, and for two Presidents of the United States. Although Robert Strong specializes as a corporate entertainer and magic, he regularly appears at a broad range of events: trade shows, conventions, product launches, cruise ships, colleges, comedy clubs, private parties, political events, and much more.

No two magic shows are ever the same. Robert Strong believes in creating a unique experience for each audience that is both interactive and magical. This magic performer's enthusiasm and charisma leave audiences buzzing with excitement and memories that will last a lifetime! Because Robert Strong has worked all over the world, he has mastered performing magic shows for multi-lingual audiences. All of his shows are very visual. Wherever he goes, he still carries that sense of wonder and passion for magic that he first experienced as a youngster, but now he is the one doing the entertaining!

“Robert Strong is an edgy comedy magician who has appeared all over the world and is one of the most popular performers working.”
--I Love Vegas – The complete visitor guide

“This world-class entertainer will be back for his fifth smash year. Robert Strong’s show is laugh out loud entertainment that is great for the entire family. He is simply captivating!”
--The Smithsonian

“Is he a magician who does comedy or a comedian who does magic? You be the judge. Either way, Robert Strong’s a riot. Check him out.”
--The Las Vegas Sun

“My heartfelt appreciation to Robert Strong from the cabinet and myself. We are most grateful to him for sharing his talents.”
--Governor of Maryland

Fill out this form to get more information about Robert Strong.