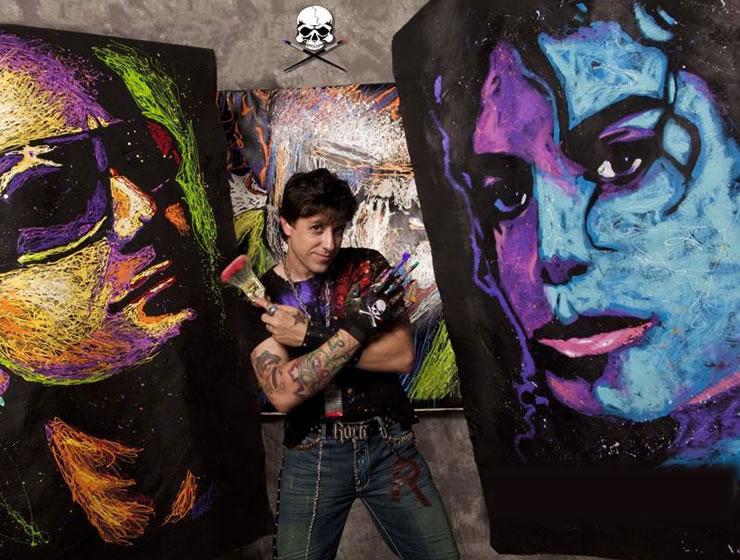 Rock Demarco's works include everything from celebrities such Michael Jackson, Bono, President Obama, Heath Ledger as the Joker, Tupac, Kid Rock, Jimi Hendrix and countless others to paintings of objects, statues and other works of art re-created. Fans can also purchase his original works of art at each live performance. Celebrities and art enthusiasts across the world have collected Rock Demarco's work.

Fill out this form to get more information about Rock Demarco.