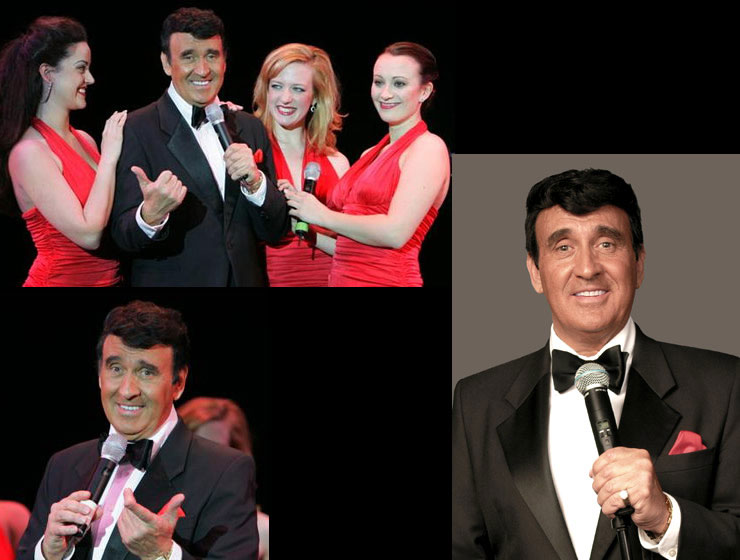 Russ Loniello Dean Martin impersonator and tribute Artist sings a variety of Dino's greatest hits, bringing back the music and the style that made Dean Martin an international superstar.

This melodic Dean Martin impersonator & tribute Artist, Russ Loniello sings a variety of Dino's greatest hits, bringing back the fond memories, the music and the style that made Dean Martin an international superstar. He has performed over one thousand Dean Martin tribute shows across the Continental U.S. and Hawaii, Canada, Bermuda, South America and Western Europe. Russ Loniello is currently performing his Dean Martin tribute show at prestigious private parties, fundraisers and corporate events. He also remains a part of the Rat Pack Corporate Show, and has produced a promotional CD entitled "A Place In the Shade" featuring sixteen of Dean Martin's hit songs.

With Russ Loniello amusing dialogue and charismatic demeanor, his on-stage performance is one to be remembered. He brings his own brand of humor and showmanship to every Dean Martin Tribute show but it's his Dean Martin style of singing that leaves audiences spellbound. This performance has earned Russ Loniello a reputation as one of the world's best Dean Martin tribute artists.

"Your show was loved by all in attendance. The quality and spot on vocals made it an enjoyable performance. Your appearance and showmanship enhanced the show and your side bar of comedy was fabulous. The club would certainly consider having you back for another performance in the future."
--Jerry Downs - Co Chairman  Kankakee Moose Lodge #80

"Thank you so much for your wonderful show held at India Shrine Center in Oklahoma City. Our response was fantastic! All the feed back we received was positive and asking for more. Words like professionally presented, authentic material, inspiring evening, enjoyable and relaxing atmosphere, outstanding talent , an easy interaction with the audience were heard. Besides everyone having a great time, we collected almost a thousand items for the Shriners Hospital in Shreveport, Louisiana! In addition I'd specially like to thank you for making all the arrangement's so simple and to tell how much we appreciate the professionally done posters you sent for advertising. Several  people took them home for souvenirs. We look forward to a repeat performance."
--Maxine McNeil , India Shrine 1st Lady 2012  Oklahoma City

Fill out this form to get more information about Russ Loniello.