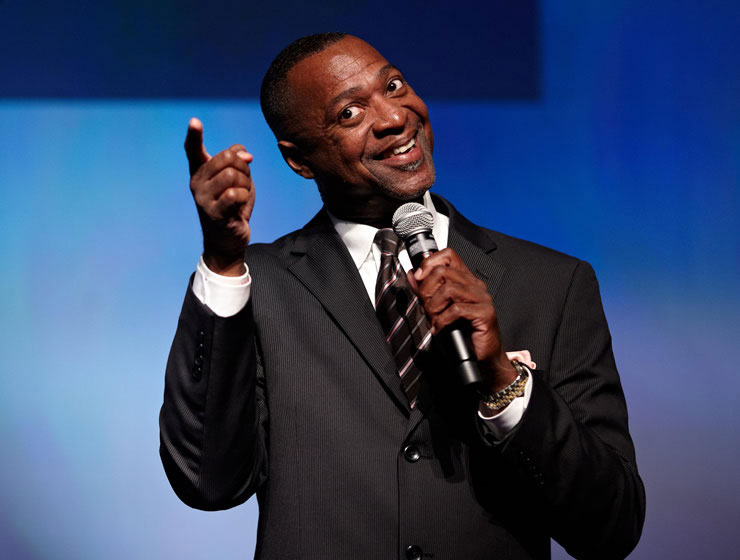 Sam Adams. is a truly versatile stand-up comedian whose style is perfect for any occasion, from corporate to family comedy.

Hey Sam Adams, thanks for coming all the way to Nebraska for the show. You were a big hit. I know because the catering staff had to quit working so they could come join in the belly laughter out front. You probably cost me $50 in labor . . . Thanks for bringing clean laughter to McCook. Very refreshing.--Bieroc Cafe

Sam Adams was just what we needed, he was sent to us just in time. We truly enjoyed his performance and style, he promised to bring clean humor to the women and he delivered;he was loved by all. I will definitely refer him to anyone who ask and if I have any comedy in my future plans he will be my first choice. Thanks again S.A.!--Church social, Cheyenne, WY

Sam Adams was an excellent choice for our holiday party. I received many compliments regarding Sam's performance. He was confident, dressed professionally and very funny. During the party he also mingled with the guests which made them feel he was an actual part of our team. I would highly recommend him for any event.--Thermo Fisher Scientific

Great communication, very accommodating, personable. His performance was funny with a variety of topics. No foul or inappropriate areas! He interacted with the audience before and after performance. Very reasonable cost also. It was a pleasure to have him!--Youth hockey fundraiser, Sidney, MT

Sam Adams was the best MC we have had for this annual event. He charmed the audience and our management team. He was involved before the event, prepared the day of the event, asked questions, got the job done so very well. I believe he enjoyed the gig and that came across to our audience. He was the consummate professional. Thank you.--Annual awards luncheon, Brighton, CO

My friends and I are still talking about what a great time we had at Hudson Gardens. It's so refreshing to be entertained by someone who makes us laugh hysterically instead of being embarrassed and grossed out. You're a good man, Sam Adams!--Kathy H.

Sam Adams, you were absolutely amazing. Everyone is talking about it, e-mailing and calling about how awesome you were! They kept asking me where I found you! FUN! Thanks for making our party the best one ever! Have a great week!--Nora D.

Fill out this form to get more information about Sam Adams.