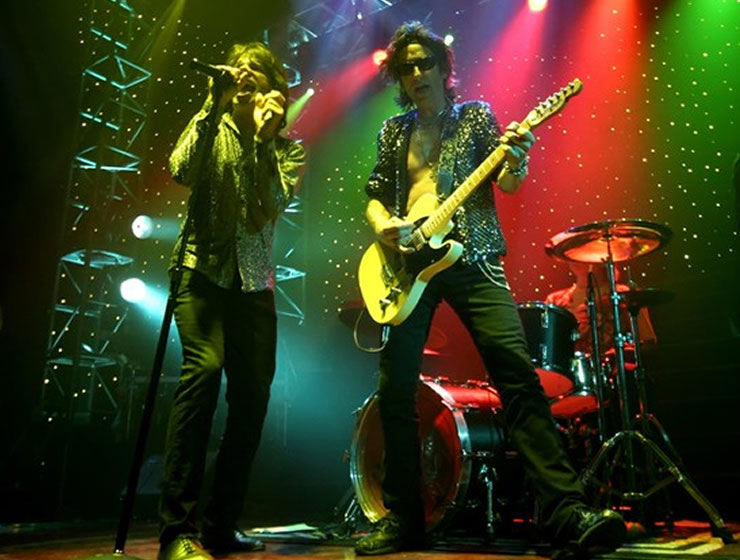 Satisfaction is Internationally acclaimed as the most authentic cast and production show available honoring the World's Greatest Rock & Roll Band - The Rolling Stones! Satisfaction tribute to the The Rolling Stones where audiences will be mesmerized as they are taken on the mystical ride beginning in London 1962, then stopping by the VooDoo Lounge before heading over the Bridges Of Babylon and finally, concluding with their 40 Licks.... USA.

“Satisfaction on the strip is a gas, gas, gas!"
--What’s On Magazine-Las Vegas

“The next best thing to the Rolling Stones”
--The Shreveport Times

"Completely authentic...they'll be back again and again"
--Harrah's Casino

Fill out this form to get more information about Satisfaction.