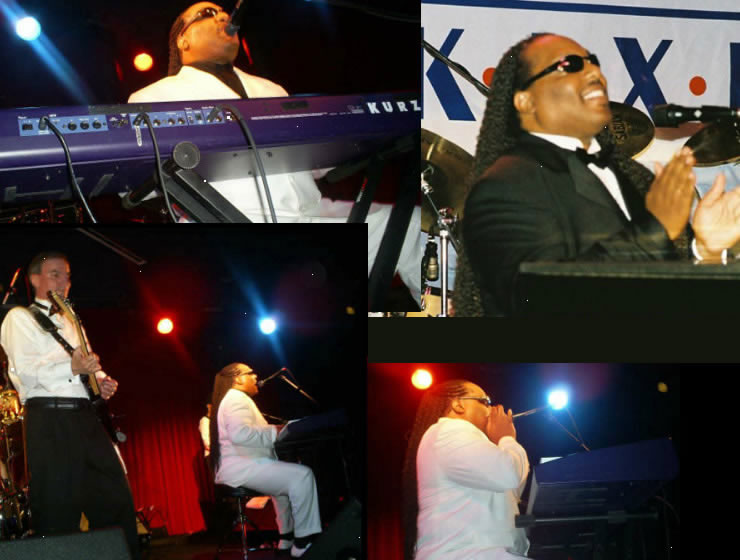 Steven Baldwin - This is truly is a remarkable tribute that celebrates the career of one of America's musical icons, Stevie Wonder.

Steven Baldwin is a truly remarkable tribute to Stevie Wonder that celebrates the inspiring career of one of America's favorite musical icons. This ground-breaking Stevie Wonder tribute show is guaranteed to delight audiences of all ages and cultures. The portrayal of Stevie Wonder is nothing short of remarkable and is truly amazing to witness! You will surely get lost in the resemblance and the vocal intonations of Steven Baldwin, this wonderfully dedicated artist.

As a young child Steven Baldwin had no idea that his life would so closely parallel the life of Stevie Wonder. At the age of 12, he was diagnosed with a rare eye disorder, that would, around age twenty, claim his eyesight. However, music was in his blood, and like Stevie Wonder himself, would not allow this to hold him back. Tapping into his talent & other senses, he quickly became an accomplished vocalist and musician. Despite these drawbacks, Steven Baldwin has persevered to become a fantastic musician, as well as a top class Stevie Wonder impersonator and tribute artist. Don't miss this timelessly wonderful & inspiring tribute to Stevie Wonder.

Fill out this form to get more information about Steven Baldwin.