Dance Band DB233
Blue Moon Talent, Inc.
Nashville, TN - Variety Band
Through developing great relationships with their clients, venues, and wedding coordinators, The Nick Carver Band is one of the most in demand bands to book.
Nashville, TN
USA
info@bluemoontalent.com
828-357-5537 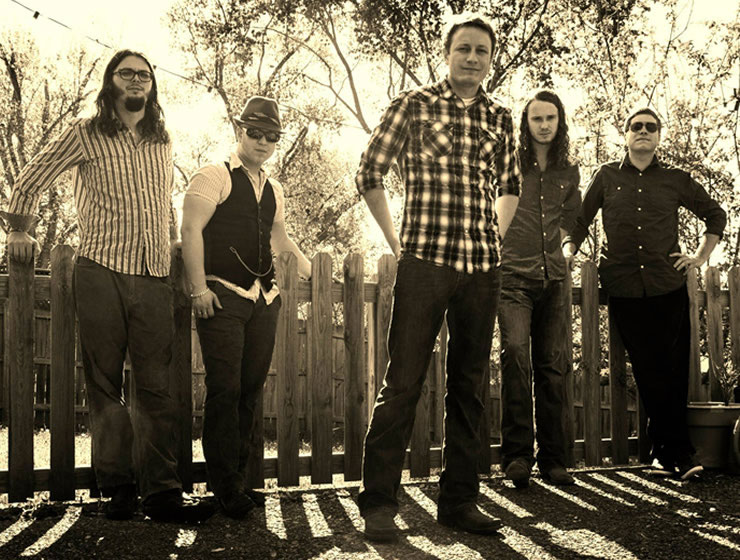 Through developing great relationships with their clients, venues, and wedding coordinators, The Nick Carver Band is one of the most in demand bands to book.

Comprised of five seasoned musicians, who have been playing an array of genres in multiple groups for several years now, decided to form in early 2009. Fast forward five years, The Nick Carver Band had gained quite a reputation throughout the Eastern half of the United States. Through developing great relationships with their clients, venues, and wedding coordinators, The Nick Carver Band quickly became one of the most in demand bands to book! Over the past few years they have received top honors such as the "Most Booked Cover Band" and "Most Booked Wedding Dance Band" in the entire US from GigMasters.

Covering a multitude of genres including country, motown, jazz, Top 40, and southern & classic rock, The Nick Carver Band has the repertoire to handle your tasteful cocktail hour to a packing a dance floor in seconds. With attention to detail, front man N. Carver will also be able to handle any master of ceremony duties needed.

"Nick and the band were SO fantastic to work with. Even though our venue presented some uniue challenges, their professionalism and flexibility was top notch from start to finish. Their song selection appealed to the wide range of people at our event, and they were able to accommodate a special request. Everyone who attended our reception talked about how great they were. I found out later that they handled an awkward situation involving an over-served guest with aplomb and utmost professionalism - never missed a beat. To handle brewing chaos w/o the bride's knowing - that's huge. I give The Nick Carver Band much credit for how successful my event was. Highly recommend!"
--Katy D, Nashville, TN

"The Nick Carver Band was great! From the moment we reached out, they were very responsive, and helped assure us that everything would go smoothly on our big day. They followed our string quartet, and played slower background music while our guests finished dinner, and then picked up the pace to kick off an amazing night. The band learned, and played an unforgettable version of our first dance song, and for dances with our parents. Then they were warmed up, and kept the party going all night. Our guests could not say enough great things about the band who read the room perfectly, and kept the dance floor packed all evening. You cant go wrong with The Nick Carver Band!"
--Rachel C, Chattanooga, TN

"To say that we are pleased with this band's performance at our wedding would be an understatement. Not only was Nick wonderful to deal with before the wedding (timing, song playlist, learning songs specifically for us), Nick and his band's performance at our reception was outstanding. They did a great job of engaging our guests and keeping the dance floor full throughout the entire reception. They also did a great job if emceeing the reception before they started playing. Their playlist was very cool and entertaining. I have already recommended The Nick Carver Band to friends looking for bands for their own wedding receptions. Overall, 10/10. Very satisfied."
--Jonathan H, Cincinnati, OH

"I am going to start this review by giving you some background on me, so you know who is writing this review. I do extensive research and planning before any event, almost too much. I read every review of the The Nick Carver Band, listened to them on youtube, searched for more reviews online and sent multiple emails to Nick directly prior to booking. I wanted the perfect band for our wedding. After all this, I can easily say that they were THE PERFECT BAND! Nick was an incredible MC for the reception, the guys were professional and had everyone on the dance floor all night. I would book them again in a second and probably will. You will not be disappointed. THANKS NICK!"
--Bill A, Nashville, TN

"I must be honest and say I was a little hesitant before my wedding in regards to having a live band; my experiences at other weddings had been hit or miss. The Nick Carver Band completely exceeded my expectations-they were fabulous! I had multiple guests say it was the best band they'd ever heard at a wedding. They played a variety of genres and time periods and did every song perfectly. We danced well after the night was suppose to end! They were the perfect mix of professionalism, pure talent, and entertaining. We had so much fun at our reception, largely in part to The Nick Carver Band. I would-and have-recommend them to any bride. Thanks again, guys!"
--Elizabeth L, Nashville, TN

God Must Spent A Little More Time On You - NSYNC

Dancing In the Moonlight - Kings Harvest

Love Is A Verb - John Mayer

Marvin Gaye - Heard It Through The Grapevine

I Loved Her First - Heartland

Have I Told You Lately - Rod Stewart

My Girl - The Temptations

Pour Some Sugar On Me - Def Leppard

Can't Get Enough of Your Love, Babe - Barry White

You Are the Sunshine of My Life - Stevie Wonder

Georgia on My Mind - Ray Charles

How Sweet It Is To Be Loved By You - James Taylor

You Send Me - Sam Cooke

To Make You Feel My Love - Garth Brooks

Fast As You - Dwight Yoakam

Whoomp! There It Is - Tag Team

Keep Your Hand to Yourself - Georgia Satellites

Save A Horse, Ride A Cowboy - Big & Rich

You Don't Know How It Feels - Tom Petty

You Look Good In My Shirt - Keith Urban

Before You Accuse Me - Eric Clapton

Down on the Farm - Tim McGraw

Let's Get It On - Marvin Gaye

Whatever It Is - Zac Brown Band

I Want You To Want Me - Cheap Trick

Use Me - Bill Withers

You Are The Best Thing - Ray Lamontagne

Fill out this form to get more information about The Nick Carver Band.