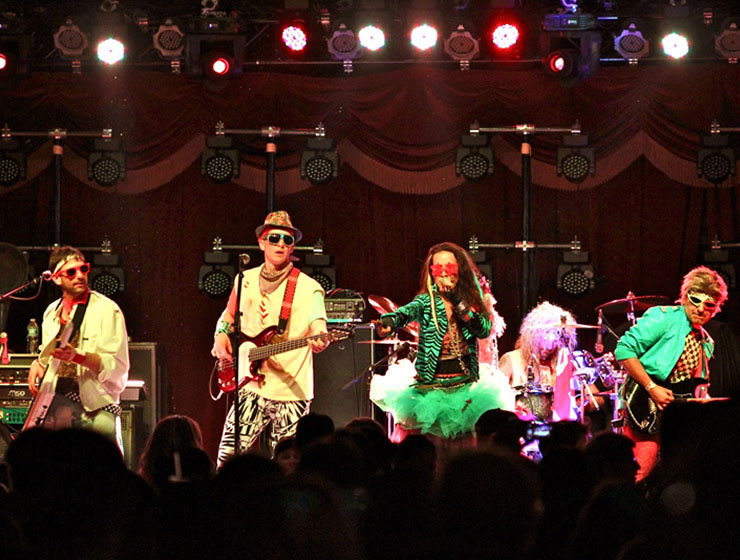 The Ronald Reagans 80's tribute show is one totally amazing tribute act! From the BIG hair to the bodacious 80's inspired costumes.

The Ronald Reagans 80s show is one totally bitchin tribute act! From the BIG hair to the bodacious 80s inspired costumes, The Ronald Reagans take their audiences back to the most radically awesome decade ever - The 1980s! They have both Broadway and national touring experience. A five-piece band with both female and male vocalists, The Ronald Reagans have shared the stage with rock legend Jimmy Buffett, twice performed for the U.S. Congress, played for celebrity chef Guy Fieri and Andrew Zimmern at the NYC Wine & Food Festival, headlined the 2013 NYC Beer Festival and have played from Boston to The Bahamas.

The Ronald Reagans are a family-friendly act for ages 8-88, the musicians perform the most authentic, note-for-note recreations of the chart topping pop, new wave, and rock hits of the 80s. From clubs to casinos, and private events to weddings, The Ronald Reagans 80s tribute Show brings a most excellent party atmosphere that made the 1980s a decade of all things totally awesome!

Fill out this form to get more information about The Ronald Reagans.