CO129
Blue Moon Talent, Inc.
Musical Comedian
Musical Comedian Wayne Faust is the guy that can take a roomful of people from all over and make them friends by the end of the evening, causing folks to say,
Evergreen, CO
USA
info@bluemoontalent.com
828-357-5537 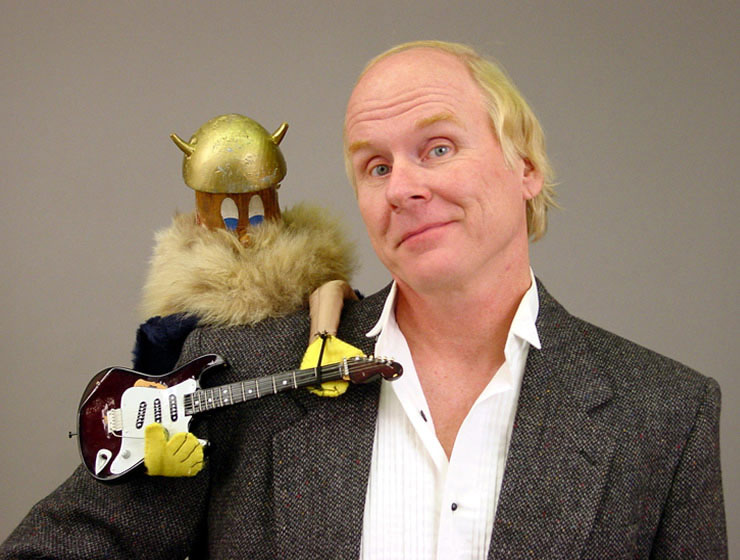 Musical Comedian Wayne Faust is the guy that can take a roomful of people from all over and make them friends by the end of the evening, causing folks to say,

Musical comedian Wayne Faust is the guy that can take a roomful of people from all over and make them friends by the end of the evening, causing folks to say, "THAT WAS OUR BEST PARTY EVER!" He can make your stomach muscles hurt from laughing one minute and have you wistfully remembering your childhood dreams the next minute. Wayne Faust does the kind of show that can make brain surgeons loud and Harley riders quiet. Wayne Faust has over 35 years of experience entertaining people from all over the world, from ages five to one-hundred-and-five, performing musical comedy regularly at such prestigious spots as Sloppy Joe's in Key West Beaver Run in Breckenridge, Colorado The Beer Barrel Saloon in Put-In-Bay, Ohio and at clubs in England, Scotland, and Holland Wayne Faust's original songs are heard on the radio in places as far away as Australia.

"Wayne Faust was our entertainment for the opening night at the National Pi Beta Phi Convention. It's not easy to hold the attention of 1,000 women, but Wayne did...masterfully. With his unique sense of humor, skills on guitar and banjo and ability to facilitate audience participation, he was an absolute hit. A past president of the organization said it was the best opening night she had ever been to. That's because of W.F.. He's an incredible talent."
--Lisa Reese, 2001 Opening Dinner Co-Chairman - Pi Beta Phi Sorority

“...you certainly know how to keep a group of old federal employees royally entertained. I head comments like, “That’s the best time I ever had.” “The entertainment was better than a cruise.” “Now, that was world-class entertainment.” You helped make our convention the huge success it was. We welcome you back any time. Thanks for the wonderful evening.
--Billie Love - NARFE (National Association Of Retired Federal Employees)

“Wayne Faust has been our Apres-Ski entertainer for over twelve years. I have watched him entertain people from all over the world, of all ages and backgrounds. Whether the audience is made up of 10 people or 500, Wayne gives them his best, and always manages to thoroughly entertain them.”
--John Beauchamp - Beaver Run Resort, Breckenridge, Colorado

“Wayne Faust has performed for our annual dinner 3 times. We all have stressful, emotional jobs, and with his made-up songs, his audience participation, and his lightning-fast wit, Wayne Faust helps us to forget our troubles for a while. We love the guy. Oh, and Sven’s cool too.”
--Louisa Walthers, Mt. Evans Hospice, Evergreen, Colorado

"Thank you so much for the wonderful job you did entertaining at the Colorado Motor Carriers Association (CMCA) in Beaver Creek. Your ability to interact with our attendees kept them laughing and clapping in their chairs all evening long! Attendees were overheard saying, “This is the best convention CMCA has ever had.” Wayne Faust and Sven are professional, dependable, and truly an asset to the entertainment industry. I look forward to future opportunities to work together."
--JoLane Hochstetler, President CMCA

Fill out this form to get more information about Wayne Faust.